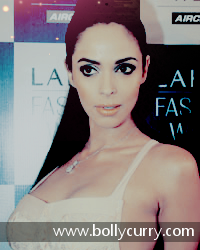 e big screen. Yes, it's time for Munni and Sheila to move over and hand the dance floor over to the exquisite Mallika Sherawat!
It has been reported that Mallika, who will be playing Razia in Anees Bazmi's next Thank You, will be dancing to the tunes of "Razia Gundo Mein Phas Gayi", a composition made by the successful music director, Pritam.
The item girl is now all geared to groove as she will be joined by Akshay Kumar, Bobby Deol, and Sunil Shetty in the song sequence. It may be recalled that Mallika has worked with Bazmi earlier in his film Welcome (2007), a reason why maybe the director could think of no one else other than this dusky beauty to play Razia.
Mallika has already given the audience hit item numbers such as "Mayya Mayya" from Guru (2007) and "Mehbooba Mehbooba" from Aap Kaa Surroor (2007). It is yet to see if she can live up to everyone's expectations yet again with this new sizzling number under her belt.
Whether the song will be a hit or not, only time will tell!

BB 14: Ticket To Finale Task introduced; Rahul & Nikki in yet another ...