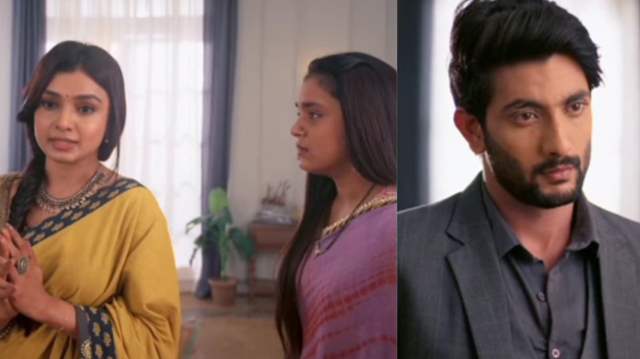 Star Plus show ‘Imlie’ is getting quite interesting with each passing episode. The current track of the show revolves around Malini emotionally blackmailing Imlie using her baby girl. Malini ill-treats her baby while Imlie has grown close to her and wants to rescue her. Aryan has been warning Imlie to not get into the matter but Imlie is adamant.

In the upcoming episodes, Imlie and Aryan reach Malini’s house for a sting operation. They record a video proving Malini to be an ignorant mother but before they could rejoice, Malini enters the room with bottle of milk and act as if she’s unwell and states that she was staying away from the baby so that she wouldn’t catch an infection. Imlie and Aryan’s plan fails.

Aryan tells Imlie to not think much about the baby as the law will always only support the mother of the baby. Next day, Imlie gets lost during work and Aryan notices the same. Imlie expresses her concern for Malini’s baby and Aryan takes her to the Chaturvedi house. Imlie gets scared thinking about Aryan’s anger.

Aryan warns Malini and Anu that if they’ll not take care of the baby they’ll put a legal case on her. Anu and Malini give him a befitting reply. Imlie hears the baby cry and wishes to hold the baby but Malini asks her to apologize to her. After thinking a lot, she does the same. Malini makes her apologize to her with folded hands. Imlie adheres leaving Aryan furious. Imlie rushes inside to meet the baby and feels happy being with her.

+ 4
4 months ago A show that can be consistent in terms of storyline for more than 200 episodes after Aryan entry deserves an applaude. Anyways I intend to watch till end , hope it runs for a long time. Team Imlie rocks

+ 5
4 months ago Trio is giving their best I guess