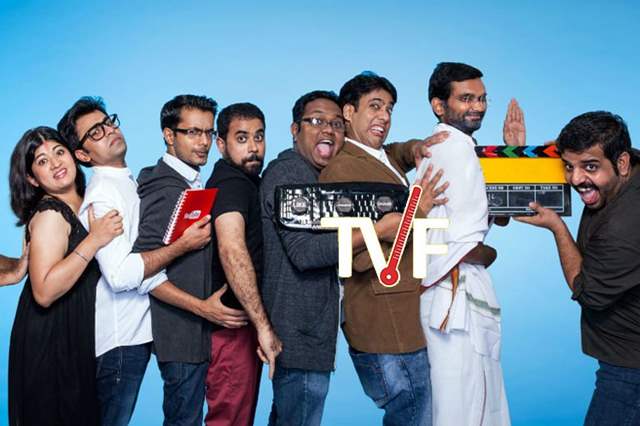 One of the most popular YouTube channels and leading entertainment company The Viral Fever have gone through its biggest development.

Founded in the year 2015 by Arunabh Kumar and his team of challengers, TVF rode into the new dawn of ‘never seen before’ internet entertainment or web series format in India. Its shows namely Permanent Roommates, Pitchers, Tripling caught the fancy of new-gen audiences like no other.

According to a report in Iwmbuzz, TVF has been in problems for a while as all of its core team and founding members deciding to walk out collectively. A source claimed, “The key faces are all gone. Biswapati Sarkar, Nidhi Bisht, Amit Golani, Sameer Bajaj, Dhawal Gusain (ex CEO), Karan Chaudhry (ex COO), Saurabh Khanna, the people who drove the business are all out. They have had a complete exit. TVF currently is servicing commissioned deals they have and figuring out the way ahead.”

As to what happened exactly, it is being said that TVF leadership had differences of opinions in terms of their future.

The future of TVF is now being driven by Vijay Koshy (President, recently joined) under the guidance of Arunabh Kumar, is what we have been told.

Vijay, an able professional is one of the core members of TVF, who after a brief stint at Arre, has returned to TVF to stable the wobbly ship and hopes to turn things around in the near future.

“The team is working hard and we are sure TVF will have a smooth run ahead,” adds the source.

To corroborate our information we reached out to spokespersons at MX and Pocket Aces, but none chose to offer any statement.

Vijay Koshy, on his part, said: “Yes, the news is true. Due to Covid 19, we had to re strategize on the way ahead and some did not agree and thus decided to opt out amicably. Many fine talents in TVF still remain and we have a great line-up of shows this year too.”

On buy-out offers he stated: “I can’t comment on that as I am not aware. Arunabh has always been a mentor to all at TVF and would continue to be that. We are excited for the time to come. Our brand has a strong resonance among our fans and we intend to keep it that way.”

subbammahars 1 months ago Too sad to see actors leaving. It was a great fun watching them. Waiting to see more in OTT space like iBomma www.ibomma.info

My emotional memory helps me shape my character in Anupamaa: ...
49 minutes ago

Barun Sobti says his transformation for Halahal was 'a bit ...
51 minutes ago