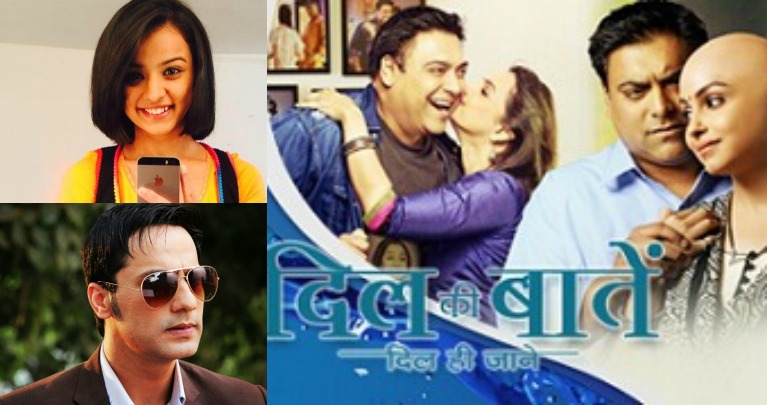 The saddening news of Sony TV's Dil Ki Baatein going off-air on 17th July came as a shock to the makers and the cast of the show as well.
Starring Ram Kapoor and Gurdeep Kohli in the lead roles, the show brought to light a tale of man whose life changed after his wife's death. The show initially started with a lot of expectations, but soon the channel felt that the show did not connect well with the masses and decided to pull it off-air.
Expressing their views on the show being pulled off, Saillesh Gulabani who plays an integral part on the show said, "I am upset with the decision as I do not think enough justice has been given to the show. Dil Ki Baatein should have been given some more time to connect with the masses. The story was progressive and before we could project the main story, the verdict of it not doing well is out."
We tried calling Ram Kapoor but he remained unavailable for comment.
On contacting the parallel lead, Mahima Makwana, she stated, "I cannot digest the fact that the show is being pulled off-air. When the makers announced the news I felt strange as I did not expect it happen so soon. For now I am just trying to convince myself that everything happens for the best and may be there is something better in store for me. It is saddening because I was very attached to this character, given the fact that it was based on a father-daughter relationship."
What do you have to say about the show ending on July 17?
Hit the comment section below!

+ 3
5 years ago they had promised before about disha would be independent but then they made her cry baby and hating her father. it was damn irritating. feeling bad for mahima . ram kapoor s BD are annoying every where and worst was they made him irresponsible piyakkad father who got easily manipulated by mr. kapoor

5 years ago Sorry but there was nothing new except for same rona dhona. The show never took off. Wonder y the actors r so surprised at it going off air. Save the viewers some torture.

+ 4
5 years ago If it was not in Sony TV then definitely show would have gone well. It's high time that Sony stop bringing new shows. Only BKVPMRP & INKNMP is running well for a long time.

5 years ago I liked the show until gurdeep kuhli was there, it's boring now, it's good it going off air. Just waiting to see new show jaane kya huga aage. Excited for this show and also nepal girl will play lead role