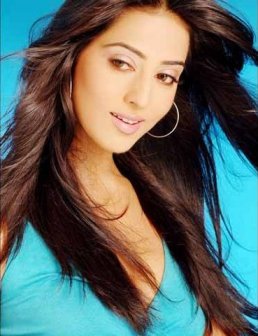 The actress was shooting for the title track last week in Mumbai and collapsed on the sets.

'Mahie wasn't keeping well for the past two days but despite that she kept on shooting because the promotional song is an integral part of the movie and she didn't want to miss out on her commitments,' a source present on the set told IANS.

Mahi, who impressed audiences with her acting prowess in 'Dev' as well as 'Gulaal', didn't want to miss the filming of the song for one more reason.

'She was very excited to work with dance director Saroj Khan who was choreographing the song. She didn't want to miss out on the opportunity,' the source added.

Produced by Big pictures, 'Mirch' has been directed by Vinay Shukla. The story revolves around the protagonist Maanav (Arunoday Singh), a struggling filmmaker who threads together four narratives, based on issues of women emancipation, to make a film of his choice.