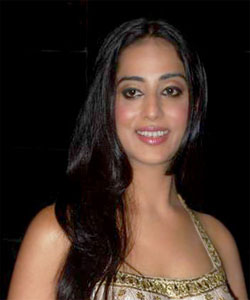 Mahi Gill who was applauded recently for her splendid performance in Anurag Kashyap's Dev D will be performing in tonight's episode of Zee's Dance India Dance.

According to our source, "Mahi Gill was there to promote her upcoming movie Gulaal. She will not be seen for the entire episode, she was there only for her performance though".

This week also saw mind-blowing performances coming from Khushboo and Salman which left the mentors as well as the Grand master in shock.

"Salman and Khushboo put up a fantabulous Salsa on the song 'Ja Re Hat Natkat' from the movie Navrang. They received a stunning ovation for their act and were appreciated by all and sundry. Salman Ghouse belonging to the Islam community played Lord Krishna with such aplomb that undoubtedly, he got the 'Best Dancer' reward for the night", adds our khabroo from the sets.

But on the other side when nomination time for elimination came, Rakhi Sharma nominated herself and this came as a big shock. "When asked the reason for nominating herself, Rakhi was heard saying that everyone thought that she cannot dance and she is here only for entertainment. Now she wants all to remember her as a dancer and not as an entertainer. This upset the mentors and Mithun Da and they found it hard to convince her that she has a very good personality and dances well too", concludes our source.

sheenkhan 12 years ago Mahi Gill IS famous Bollywood Actor she gained a tremendous fame for her role "paro". recently she invited India Dance tonight on Zee Tv. looking so beautiful as she is. She was there to be a part of dance event for enjoy.
nice posting

13 years ago That''s so sad..poor Rakhi..but me happy for Salman Ghous...he is just AWESOME..i have a feeling that a Remo ka Rangeela will win and I hope that too...coz Remo''s group rocks and all my faves/favourites r there..!! Rakhi''s so fun to watch and she is an awesome dancer too coz she is trying new styles to dance,she isn''t supposed to b perfect at it coz she is new to it...but still she is really good at it and she almost masters her dance style..!!..!!

13 years ago i like her. shes pretty. wasnt she in Chaak de Phatte?? i loved her acting in it thats why im wondering????

+ 8
13 years ago thanks.
oh man rakhi nominated herself!!! but atleast she was honest.
looking forward to the episode