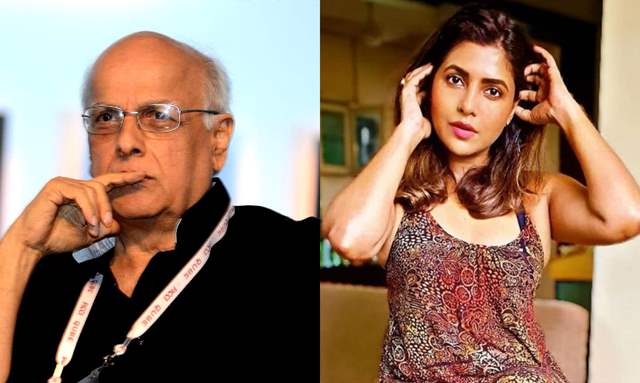 Actress Luviena Lodh who is married to Mahesh Bhatt's nephew Sumit Sabharwal made some serious allegations against the Bhatt family in a  recently shared video.

Filmmaker Mahesh Bhatt has reportedly taken the legal route to fight against Luviena Lodh and her allegations.

He filed an injunction against Lodh at the Bombay City Civil Court, on Wednesday. The actress has accused her estranged husband Sumit Sabharwal of being involved in the drugs and flesh trade.

According to a Mumbai Mirror report, the filmmaker’s sister and nephew moved to the court seeking a written apology and Rs 90 lakh in damages. Sumit has reportedly, identified himself as merely an employee of the Bhatts, and not a relative.

Mahesh Bhatt’s sister Kumkum Saigal has submitted that Luviena continues to live in a flat given to Sumit by her son, Sahil, as a gesture of goodwill. Despite Sumit having moved out of the Versova flat, it is being alleged that Luviena has avoided vacating it, on one pretext or another.

Previously, the filmmaker has sought legal action against the ‘false and defamatory’ allegations. “Our client will take such action in accordance with law as advised,” his lawyer said in a statement.