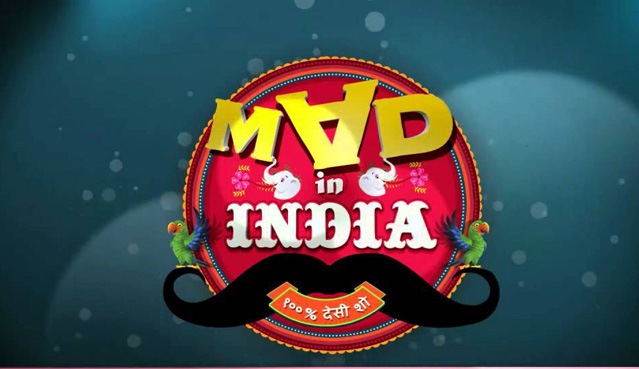 What is it all about -

Touted to be a 100 % desi show, Mad In India was to be a Sunday night offering for the common man with several fun elements like comic acts, celebrities along with a talented bunch of comedians doing their acts for entertainment. Manish Paul is the host of the show with Sunil Grover coming in various avatars apart from being Chutki. His look is obviously heavily inspired by his role as Gutthi in Comedy Nights with Kapil,  a show which is quite abruptly to be a part of Mad in India. Dolly Ahluwalia, Shweta Tiwari, Siddharth Jadhav, etc. were to come in as various characters to ensure a non-stop laughter ride.

In the first episode we saw Sunil Grover coming in not only as Chutki but also as a corrupt politician, and Baba Ramdev as the guest while in the second episode, the guests were yesteryear actors Govinda (Arun) Ahuja and Karisma Kapur.

Only the host Manish Paul is likeable that too till some extent. With his good looks, charming personality and perfect comic timing with some impromptu dialogues thrown in he does manage to make you laugh. Only he did a decent job but sadly everyone was looking forward to watching more of Sunil Grover as Gutthi which undermined Manish's contribution to the show. 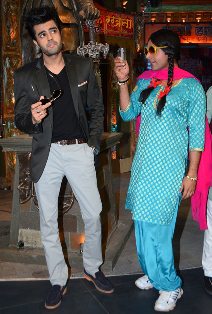 Almost everything! Right from the sets which did not match the 100% desi concept (it reminded us so much of Movers and Shakers), the forced laughter, the over enthusiastic audience and the entire format of the show in general.

The makers seem to have gone overboard trying to be 100% desi just to be different but the concept seems to have back fired. In times when everyone is looking at change and that too in a modern avatar the show seems to have gone back many years with its look and content.

The guests on the show - Baba Ramdev in the first episode was no great shakes and please we could have been spared his yogic overtures wherein he did the abdomen shake. When the show was being promoted it was said that they would try to avoid film stars and would aim to get celebrities from all field but just into the second episode and we had yesteryear actors Govinda and Karisma Kapur coming in as guests when the audience would have loved to see the current actors coming on the show even if they are there just to promote their film.

Coming to the actors on the show, while the other actors do try to give their best when they come in the various small acts, it is left to the two main guys Manish Paul & Sunil Grover who contribute the most to the show. Manish Paul does do a decent job as a host, but the pressure of pulling off a show which he is hosting but was promoted as a show where Gutthi will be now making an appearance is seen in his acts. The ever spontaneous Manish looks stressed out to give his best as a host, something that he has effortlessly done so far! Sunil Grover was a huge let down as the politician and also as Chutki. His mannerisms and jokes did not lift the show as expected and no one was rolling on the floor with laughter which did happen in Comedy Nights with Kapil with Sunil's entry.

We had reserved judgement for this show since we wanted to give them a benefit of doubt and see at least 2 episodes before giving our views. Sadly, the second episode too was devoid of the fun ride that we were promised. With the forced laughter and the same shots repeated of audience clapping and laughing hard doesn't help matters either. 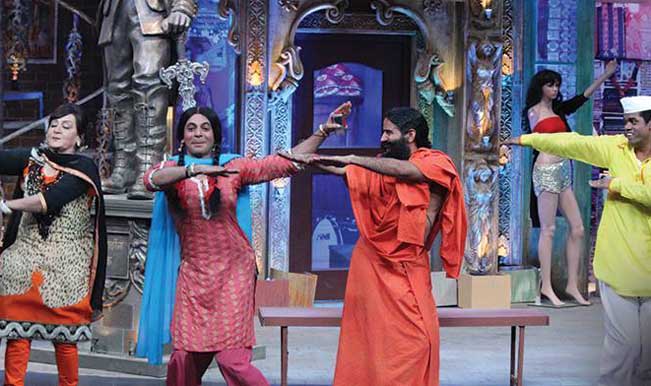 In times of belly dancing the audience would certainly have loved watching a young actress putting up a small belly dancing act rather than see Baba Ramdev churning his tummy! And even though we have nothing against Govinda and Karisma we would have loved to see what the current lot has to say. Agreed that the same set of actors go on each and every reality and sometimes fiction shows too but then that is where the creativity lies as to how the makers can get them to do different things which add an individual flavor to their appearance while doing justice to their film promotion.

The show rode on the success of Gutthi and that now she will make an appearance in Mad In India, but the expectations fell flat since Sunil Grover despite his drag look as Chutki in Gutthi's appearance is not able to make us laugh! It would definitely help if the show is revamped and promoted as Manish Paul's show with him strongly taking in the reins of the show unleashing laughter like he always does whenever he has been a host on other shows. The writing team needs to get more creative and add more punches to the show with humor that is currently in flavor to relate with the audience.

The show will always be compared to Comedy Nights with Kapil which is doing extremely well in its set format and from the time that Mad In India has gone on air, actors from Comedy Nights have been making appearances in India's Got Talent Season 5 which is telecast from 9 pm to 10 pm on Colors giving it a tough competition and further making matters worse for the makers of Mad In India who need to take things seriously rather than jokingly for a change!

Jade_Precious 6 years ago Very very much true Comedy Nights With Kapil is amazing n is goin rly well bt MAD in India doesn't entertain a bit. I watched d 1st episode only n dat to only for 30 minutes n didn't found anythin mad or funny abt it and if we watch CNWK repeats also we enjoy it bt its definately nt wth MAD in India

bithee 6 years ago everything is forced and even lots of people from comedy world trying to make it better but for no use. it requries lots of patience to watch even for 5 min

luvakanksha 6 years ago i dnt knw why sg was in such a hurry to compete with kapil sharma i mean he should have been in cnwk for atleast 2 to 3 yrs and then he should have considered to launch a show of his own... i mean kapil did comedy circus for 6 yr and gained some momentum and then launched his which was a success... but sg launched his show in months that too after getting recognized and appreciated for only few weeks as guthi... i dnt knw wht was he thinking mii is such a waste of time its a pathetic show... i mean comparing mii with cnwk is an insult to cnwk

-Serene.Rose- 6 years ago I kinda liked this show... lets c if it will improve further!

Mad In India is great

From Day 1,here it's comparison with Kapil...when Kapil came...no one noticed it

anisaf 6 years ago Serves him right!! I have no sympathy for SG...He had a good thing going and should have stuck with CNWK...But he got too big for his boots and thought he could create the same success as Kapil has done...And kya mila ussay...baba ji ka thullu!!

Kapil Sharma is an expert at what he does...SG should have remained as Gutthi.

Lil_Mz_Sunshine 6 years ago this show is no match for CNWK...CNWK is best

anyadiv96 6 years ago pehla episode dheka...then decided nt to go towards d SP side during 9- 10 on sundays :D:D
perfectly said...it has more of FORCED LAUGH...even d audience...
an utter flop comedy...SG is loosing his popularity...bcoz of him...

it is definitely much much more mad and hilarious than the show!!!

Babaji ka belly dance gets a Babaji ka thullu from us...

tareyfan 6 years ago this show this insane ... gosh i went crazy watching it for 5 mins...

n wat is new abt the concept .?? its jst the same like comedy nights with kapil with jst a tad of alterations ..!!

n sunil grover i seriously wish u wouldnt have quit such a successful show to create such a disastrous show ...

i could clearly make out that those were hired audiences laughing merely for the sake of laughing ...


this is seriously a useless show n cnt evn dream of competing with comedy nights ...!!

Why Wasn't Nana Patekar Given Support During MeToo ...
16 hours ago