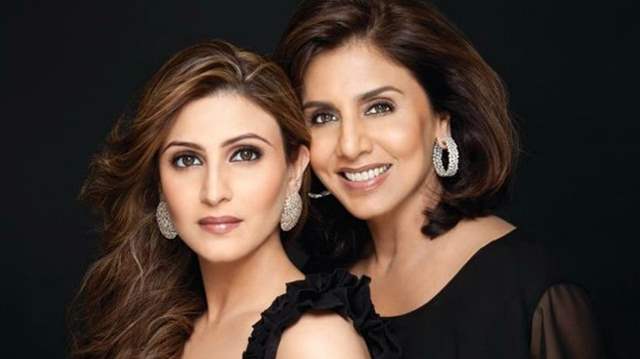 JugJugg Jeeyo has created enough buzz in the industry and is continuing to do so. Varun Dhawan, Kiara Advani, Anil Kapoor,  Neetu Kapoor, Manish Paul, and Prajakta Koli will be seen playing significant roles in the film. The JugJugg Jeeyo cast is doing all things possible to promote their eagerly awaited film.

Interestingly, actress Neetu Kapoor has returned to the showbiz after a long break and is eagerly awaiting for the film's release

In related news, Neetu Kapoor's daughter Riddhima Kapoor Sahni just saw the film and penned a positive comment about it. In the touching message, she also commended her mother.

Riddhima shared the movie's poster on her Instagram stories and wrote,

Neetu Kapoor reshared her daughter's review on Instagram and wrote, "Thank you".

Talking about the film it is stated it is a story about two couples from various eras who become involved in problems after marriage. The concept skilfully bridges the generational divide and offers a distinctive perspective on love, all while injecting plenty of humour. 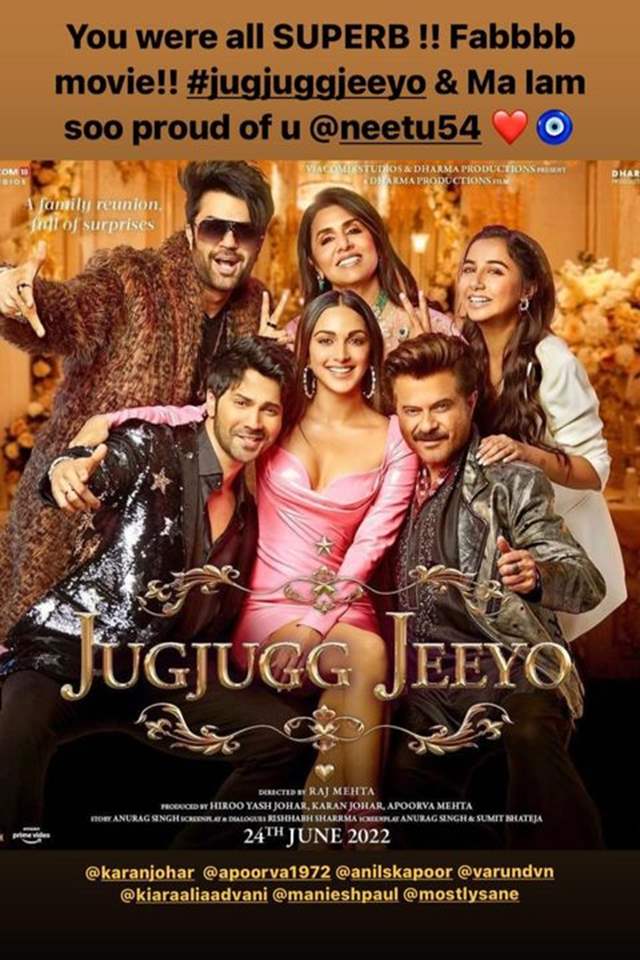 The comedy-drama film JugJugg Jeeyo is supported by Raj Mehta, who directed the 2019 smash hit Good Newz starring Akshay Kumar and Kareena Kapoor Khan. It is produced by Viacom18 Studios and by Hiroo Yash Johar, Karan Johar, and Apoorva Mehta under Dharma Productions. On June 24, 2022, the movie is slated for theatrical release.