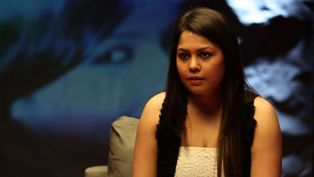 Some people do not respect the love they receive. They seek achievement in cheating and lying through devious means. Such is the story narrated on Emotional Ataychaar this time, where a popular girl falls for a not-so-popular boy from her college.

Farzana, a Bengali girl who studies in Delhi was one of the most popular and admired girls in her college and so, she was very particular about everything she did.

Farzana's story began when one day she noticed Vibhor crying in the corner of the college library. Typically, she would not have spoken to him, since he was disliked by everyone because of his reserved and clumsy personality. But, Farzana sympathized with Vibhor and went up to him to console him when there were no on-lookers. It was this moment when the two connected and got talking. Vibhor poured his heart out and revealed that he was missing his ex-girlfriend, Aaliyah, who had died. The innocent conversation unknowingly brought them really close which soon bloomed into a full-fledged relationship. This really shocked Farzana's friends and they tried to break them apart but, she remained unembarrassed of her closeness with Vibhor. 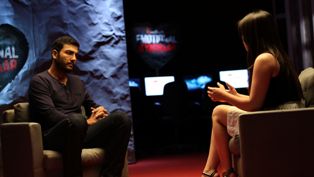 It was only a matter of time before she started noticing that something was fishy about Vibhor and his ex-girlfriend, but she did not pay heed. As a series of incidents took place, Farzana grew suspicious about Aaliyah's existence and sensed that he was hiding something. In order to get into the depth of the matter, Farzana, along with her friend decided to investigate the truth. A shocking truth surfaced as they discovered that Aaliyah was not actually dead! After a lot of struggle, they got in touch with her to get a disclosure. They found out the harsh reality about Vibhor's character, Farzana decided to take her revenge to bring him out in the open.

What was the motive behind Vibhor's lies? Was he cheating on Farzana?