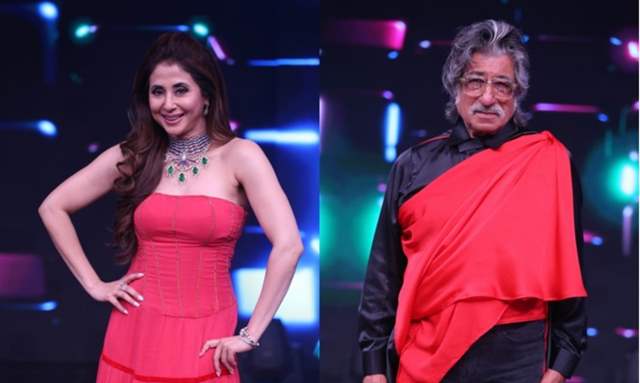 After receiving an overwhelming response to the previous two seasons that introduced audiences to some truly exceptional moms whose dancing skills can give even the younger dancers a run for their money, Zee TV recently launched the 3rd edition of its popular non-fiction show – DID Super Moms. Airing Saturdays and Sundays, the new season has an exciting panel of judges – Remo D’Souza, Bhagyashree Dassani and Urmila Matondkar to mentor and guide the talented moms through their journey and help them achieve their dancing dreams.

Week after week, the top 10 contestants have mesmerized one and all with their fantastic performances. This weekend as well, the viewers will have a gala time as popular veteran stars like Shakti Kapoor and Chunky Panday will be seen gracing the show as special guests for the ‘Comedy Special’ episode. While all the Super Moms put their best foot forward during the shoot, it was contestant Varsha’s wonderful performance to ‘Paagal’ that left everyone spellbound. After the act everyone praised her a lot, however, it was Shakti Kapoor's adorable confession that left everyone surprised. The actor mentioned how he is a huge fan of Urmila Matondkar and Varsha’s performance reminded him of her epic dance moves. What's more is that the veteran star's words left Urmila blushing!

As Shakti Kapoor revealed, "I really wanted to confess something since the time I have entered the DID Super Moms sets and I feel if I don't tell it now, I won’t be able to eat at night today. Not a lot of people know, but I am a huge fan of Urmila Matondkar and I gave her a standing ovation when I saw Chamma Chamma in the theatre. I feel Urmila Ji is one of the finest and most elegant dancers in the industry and there are only a few songs in my life that I can never forget and Chamma Chamma is one of them."

While Shakti’s revelations and Urmila's reaction will surely leave you surprised, wait till you witness the mesmerizing dance performances by all the DID Super Mom contestants this weekend!