Great music put together in one is a rare combination. Its because the idea of great music differs from person to person. For some popular music sounds great while for others old is gold. Apart from all this music originally composed by artists is gaining popularity.  We had music albums by Kailash Kher, Himesh Reshammiya, Atif, Sonu Nigam etc. 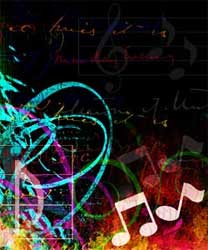 Featured Video
Now Universal brings in 13 fully loaded track list with songs thrown together by some great artists. Out of these four are previously unreleased and it includes
"Maula Maula" is a beautiful song DJ Suketu joins Ustad Sultan Khan for a remix of the latter's Maula Maula and gives it a modern edge which is together called "Divinity Mix".
"Mohre Piya" is break beat. The tune of the song id very "Indian" and "Folk" but the arrangement is little "westernized" and "break beat" which will really sound good when you are in the club or in the car.
"Mast Mast" is very soulful song. Its about the description of a girl, if she is in life everything is nice and beautiful.
These songs are originally composed by Agnel Roman who says "I am thankful to my producers that they had so much of faith in my music, and my compositions. He wanted the people to know me, as very good musician and not a famous music director. So it was his heart to really promote my song and promote me as a music director. He is an angel to me. Before being a producer he is a very good friend of mine."  Well it seems to be a great thing that new talents are getting boom in the industry. Hope many such unexplored talents get an opportunity to be heard by millions of people.