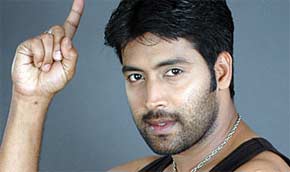 Telugu actor Jai Akash, known for films such as "Anandam", "Anandam Anandamayae" and "Sweetheart", feels it is important to treat success and failure equally to sustain oneself in the industry.

"I've had quite a few failures in my career but that didn't stop me from acting. I learnt from my failures and continue working with optimism," he added.

He recently completed shooting for his forthcoming Telugu romantic-drama "Aa Iddaru", which he has directed himself.

The film, which has Jai and Kausalya in the lead, also features Chanakya and Akshaya in important roles. It is produced by E. Babu Naidu, who also produced Aakash's last directorial venture "Yuganiki Okka Premikudu".

Kangana's Case Against BMC Gets Adjourned; Sanjay Raut's ...
22 minutes ago