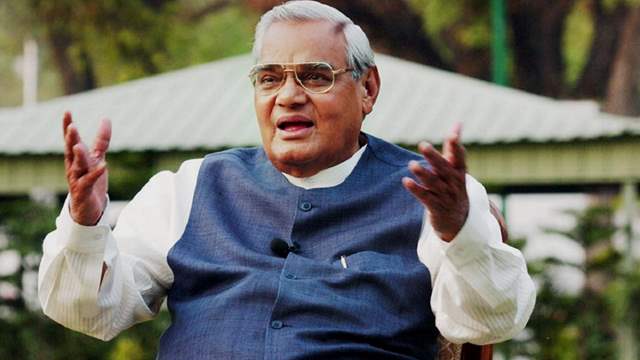 The life of former Indian Prime Minister Atal Bihari Vajpayee will soon be depicted on the big screens as the makers announced the news today. The film is an adaption of Ullekh NP's book "The Untold Vajpayee: Politician and Paradox," under the title "Main RahoonYa Na Rahoon, Yeh Desh Rehna Chahiye - Atal."

Along with the movie announcement on Tuesday, a teaser for the movie was also released. The director and actors of the movie have not yet been revealed, but production will begin in early 2023 with a Christmas 2023 release date planned.

It's interesting to note that the debut of "Main RahoonYa Na Rahoon, Yeh Desh Rehna Chahiye - Atal" is scheduled to fall on Atal Bihari Vajpayee's 99th birthday. The film is produced by Vinod Bhanushali and Sandeep Singh.

Vinod Bhanushali, the project's producer, stated in a statement,

"I have been a huge admirer of Atalji my entire life. a natural leader, a model statesman, and a visionary. Atal Bihari Vajpayee was everything said above. It is a huge honour for us to present his memory to the big screen because of his immeasurable commitment to the development of our nation."

+ 4
5 months ago keep it away from akshay kumar

+ 17
5 months ago Pls pls pls cast someone who fits play this role, not someone like Akshay Kumar🙏🏻