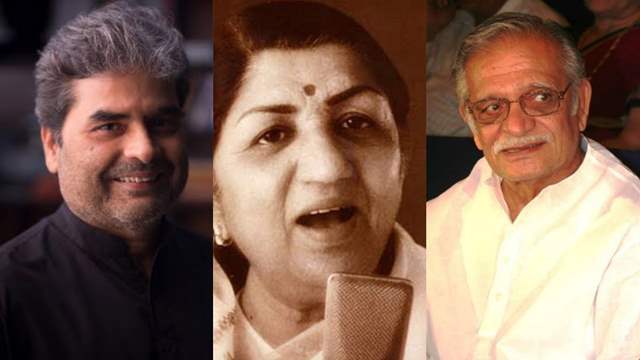 Lata Mangeshkar is celebrating her 91st birthday on 28 September 2021.

Lata Mangeshkar is called the queen of Hindi cinema.

She has given many memorable songs to Hindi cinema and now on the special occasion of her birthday, she has come up with a special gift for her fans.

Lata Mangeshkar's song 'Sab theek to hai, lekin , sab theek nahi lagta', which was recorded 22 years ago, is releasing on the occasion of her birthday.

Actually this song was to be filmed in a movie. But that film was never made.

The song was recorded before the film.

While the lyrics of the song were written by Gulzar Sahab, the music director and composer of this song was composed by Vishal Bhardwaj.

The biggest feature of this song, sung in the voice of Lata ji, is that the song was neither remixed according to today's time nor was there any change in the song.

Sharing the story behind the song Vishal says,

"I always used to think that that song was very good. Uss zamane mein cassette hua karte thay toh kahan release karte? Baat hoti rahi ki film banegi, and before I knew it, 8-10 years had passed. Phir woh gaana kahin kho gaya. Then, around 10-12 years back, I started looking for that song. Lata ji ne gaana bhi kam kar diya tha, so that was another reason to find that song, ki unka gaaya hua hai. Maine bahut dhundha, par woh mila nahi. Then two-three years back, I got a call. It was from a studio that was about to be closed, and they said, ‘Aap ke naam ka ek tape mila hai, agar aap ko lena ho toh le lijiye nahi toh humlog fenk denge.’ There were many songs in that tape, and this song was among them. I retrieved Lata ji’s voice from that song and usko contemporarise kar liya"

Lata Mangeshkar expressed her happiness over this song being released after 22 years.

"Music is my life and till now I have been singing. The songs written by Vishal Bhardwaj and Gulzar ji are very melodious and good. Vishal Bhardwaj was back then a new composer. But the songs he made were extraordinary. In 'Maachis', I recorded two songs, 'Ae Hawa' and 'Pani Pani Re'. While the latter stayed, the former didn't make the cut because there was no situation. Later, we collaborated again for this song, but the film never got made. After many years, they are releasing the song and I am hopeful that the listeners will love the song, its lyrics".

She further added, "I hope the listeners will like the song, its lyrics will like the tune. Because Vishal Bhardwaj is a very good musician. I wish this record goes well and people wish them all the best."

Addressing Vishal Bhardwaj as "Columbus who discovered the song", Gulzar said the track remains relevant even after 30 years because it talks about the dynamics of a relationship.

"The relationship that the boy and the girl shared in the film was uncommitted. It's often found in today's generation, where you're not very certain on how far to go. In that situation, you feel, 'Sab theek toh hai, lekin, kuch theek nahi lagta (All is well, but something is not ok)'.

Vishal Bhardwaj was very happy after hearing the praise from Lata ji and Gulzar sahab. The song is released on VB music YouTube channel.