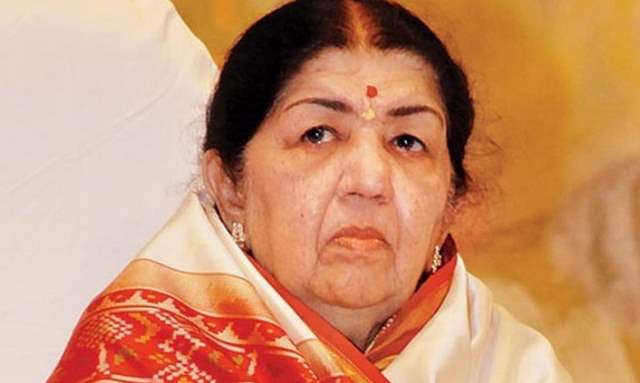 It was just yesterday that the sad news of legendary singer Lata Mangeshkar’s deteriorating health took the B-Town and fans by shock. She was rushed to Breach Candy Hospital in Mumbai, as she complained of having breathing issues.

Even though her family has decided to keep all the details under wraps, the latest reports state that the veteran singer’s health is only getting critical.

Lata Mangeshkar is critical in the ICU and when asked if she is responding to commands and recognizing people, a top source revealed that she is on a ventilator, and the doctors have sedated her as per the protocol, reports Spotboye.

Lata Ji's sister and singer, Usha Mangeshkar says that the treatment is on and Lataji’s condition is improving, but slowly. "I think it will take 2 more days. She is better,” the report quoted her as saying. She had spoken to the portal yesterday, on Monday, and stated that she and Lataji's close ones have decided not to take her home and rather get treated in the hospital because she is 90.

Lata Ji, rightly known as The Nightingale Of Bollywood, has impressed the audience for over 70 long years with her melodious voice and her deteriorating health comes as a piece of sad news to all her fans worldwide. Along with her fans, prayers of speedy recovery have been pouring from the Bollywood biggies for her better health.

Veteran actress Hema Malini also sent in her warm wishes and wrote on Twitter, “Prayers for @mangeshkarlata who is hospitalized & is reported to be in a critical condition. God give her the strength to come out of this crisis & continue to be in our midst. The nation prays for Bharat Ratna Lata ji, the nightingale of India.”

Singer-composer Adnan Sami wrote: "Get well very soon dearest Didi.. Prayers. #LataMangeshkar." And, actress Poonam Dhillon tweeted, "Request you all to say a prayer for health of @mangeshkarlata ji our irreplaceable precious Indian jewel who is in hospital . The power of prayers is limitless."

We at India Forums wish Lata Ji a speedy recovery and hearty health...

Even after seven decades of independence, are we really ...
-1 seconds ago