If you have been wondering what Abhijeet Sawant, the first Indian Idol has been upto, then here is an update. 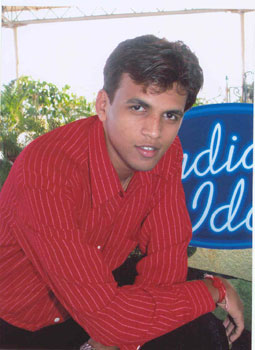 The singer from aamchi Mumbai got hitched recently to heart-throb Shilpa. "We tied the knot on December 4. My wife Shilpa is working with Jet Airways as a ground hostess," says a shy Abhijeet, when asked about his marriage.

But that is not all that he has been doing lately. Abhijeet is also shooting for his first Hindi movie -- Lottery. Directed by Hemant Prabhu, the film stars TV starlet Rucha Gujrathi and newcomer Manisha Kelkar. "Contrary to what people think, I am not playing a singer in the movie! I am playing the role of Rohit -- an accountant," says the singer-turned, model-turned actor. "Lottery is a romantic thriller and the story revolves around Rohit, and how he gets into various situations. I will be completely occupied with this film for the next two months," says the singer who plans to focus on singing after that.

Abhijeet also participated in Asian Idol recently and came in the top three. "That was an amazing experience for me. Travelling to Singapore and Indonesia opened my eyes to a lot of things. It was nice to know how much Indian music is appreciated there."

But what about his career in singing? "My second album Junoon was released last year. The video was a big hit.We had to shoot the song in Ladakh in almost sub-zero temperatures. The second video of this album will be on air soon. We have shot for that in Pushkar" , says an enthusiastic Abhijeet.

+ 3
13 years ago nice to know about him. Congrats on his marriage.

13 years ago Congrats on your wedding.. and Good luck ..

13 years ago hes married???? :O
whts shilpas madian name?
is she an actress or just a normal grl?

exclusive
Exclusive I’m paired opposite Farhad as now Amruta is positive in ‘Mehndi ...

exclusive
Exclusive Kaveri Priyam on Ziddi Dil - Maane Na: It is different from the ...