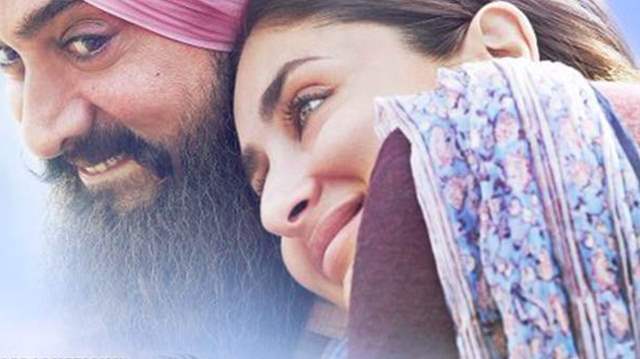 Fans have been anticipating the release of Laal Singh Chaddha since it was announced. The film starring Aamir Khan and Kareena Kapoor Khan has indeed garnered a lot of chatter among fans. Well, it was announced a few days ago that the second song from the film would be released on May 12, and the creators have presented.

The song is a gentle melody for Laal Singh Chaddha that will calm you during the hurting times. Following the release of Kahani, the very first melody from Laal Singh Chaddha, Aamir Khan today launched Main Ki Kaaran, the second single from the eagerly anticipated movie.

'Main Ki Kaaran', composed by maestro Pritam, is a mellifluous song whose charm lurks in its simplicity, with voice by acclaimed singer Sonu Nigam and lyrics by Amitabh Bhattacharya. Viewers got a behind-the-scenes look at the making of ,Main Ki Kaaran' with a clip of Sonu Nigam jamming with Pritam and his squad. While the first song, Kahani, was teased with a teaser video of Aamir Khan chatting about the revelation of a special kahani.

Sharing his views on the song Sonu stated, “When Pritam approached me for the song, he told me how Aamir Khan only wanted me to sing it. I’ve sung for Aamir before and all those songs were superhits and received so much love from audiences. I believe ‘Main Ki Kaaran’ is going to be another winner in our journey.”

Choosing a game-changing path, Aamir Khan has decided to only publish the audios of Laal Singh Chaddha's tunes, rather than the videos! The actor-producer chose to put the movie's composers and songwriting front in centre in order to emphasize not only the music industry as a whole and their efforts, but also to allow listeners to relish these tracks in their purest form, free of imagery.