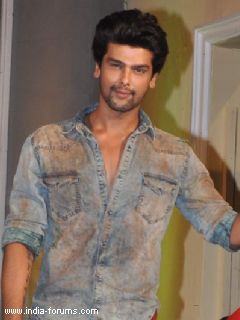 We hear from our sources that, "Kushal got his shoulder injured in the first stunt he performed with Gauahar Khan. Though he was given immediate medical care in South Africa and was taken to hospital too but later it was found that his injuries are not minor and a surgery is very much needed."

We contacted Kushal but he remained unavailable to comment.

We wish Kushal a speedy recovery!

Winterbear 6 years ago Get Well Soon Kushal Tandon!!
love u!!

yessehm 6 years ago The guy needs a stylist pronto. He always looks so badly groomed and dishevelled

flower24 6 years ago Get well soon KUSHAL. Hope to see u in action soon

aru29 6 years ago get well sooon champion ...alll the best for ur surgery god bless:))

And comeback with a bang!