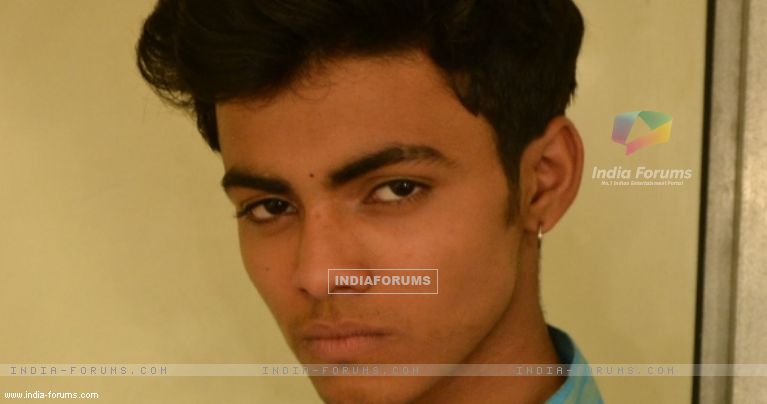 Child actor Sparsh Shrivastav who was earlier seen in Mahakumbh for his tough character has garnered many accolades for himself. Sparsh as Kundan in Balika Vadhu on Colors' is essaying his role fantastically. In this conversation with TellyBuzz, Sparsh speaks about the show, his character and much more.

Actually my character change is a drastic one. I was essaying a tough character in Mahakumbh and here in Balika Vadhu, I am playing a boy who is very close to his parents. Kundan is very harsh towards his wife Nimboli and always tries to dominate her. I really like my role.

Do you think you will be compared with Avinash Mukherjee by the viewers?

My character of Kundan in the show is exactly similar to the younger Jagya (Avinash Mukherjee). The way he dominated and harassed Anandi (Avika Gor), similarly, I too annoy Nimboli (Gracy Goswami). To some extent, there are certain similarities. He was very close to his dadisa (Surekha Sikri) and I am very close to my parents.

What impressed you to take up this show?

Not me but my mother wanted me to be a part of this show. She was like how much ever I want my wife to hit, dominate and pester, do it with this show. She says, after marriage, you cannot do anything (laughs aloud). So yes, everyone will get to see me shouting and yelling at my wife on the show. On a serious note, I wanted to do something that can show my credibility as an actor.

How similar are you to Kundan in real life?

So, there is some kind of similarities too. But otherwise, I am not that similar to Kundan. He is very rude with his wife; I am very sophisticated when it comes to speaking to girls. Kundan is from Rajasthan and so do me. He is close to his parents and they love him, similar is with me. I am really in love with my parents.

+ 2
6 years ago Avika Gor Baby Doll Your AviManians loves u. Keep Rocking as till now..

6 years ago i think its not there work, makers r told them to speak like that. i think makers r trying to establish kundan and nimboli by using jagya-anandi so that slowly old cast can be sideline

6 years ago @aparnauma, it must be drilled into their minds by their parents that they are going to be next big thing in TV, so they must both be thinking to themselves that they are the next anandi- jagya pair, just yesterday in Nimboli's interview she said that she is heavily inspired by Avika and today kundan is comparing himself to jagya

Did you notice the difference between the two statements Ms. Patel ?

6 years ago Why are these kids being misguided like this?They should stop promoting them as New Jagya Anandi.because they are not.