View Profile
*Disclaimer: The following content is a light reflection that leaves out any scope for critique. We are strictly talking puzzling moments that may come as a shock to the viewers.
Sometimes TV goes all out in it's grand and larger than life representations. The makers go the extra mile and prep intricate sets, plan genius screen direction and get the actors to display some brilliant acting skills. However, when they aren't busy being perfect, these scenes turn into the visual equivalent of a poorly disguised shape-shifter (read: no, we didn't say Naagin or Naagin 2).
This week had a lot of slip-ups and shoddy efforts at creating a realistic scene. Here's how the kuch bhi moments looked-
When you're a typical Indian and the household crockery is in trouble!
Dil Boley Oberoi has a way of giving it's characters an impeccable timing. They always come along to save the day. Enter: Gauri (Shrenu Parikh) reeling and skating forward (without the skates) towards Buamaa. She legit zips through in time to tilt the tray Buamaa is holding and the glass of juice on it, climbs more than a foot high in the air. Sensing that glassware is in trouble, Omkara (Kunal Jaisingh), who is nowhere in the scene is there to catch it before it falls. Remember when you were severely warned against breaking crockery as a kid? Omkara definitely knows the wrath and his reflexes kick in! 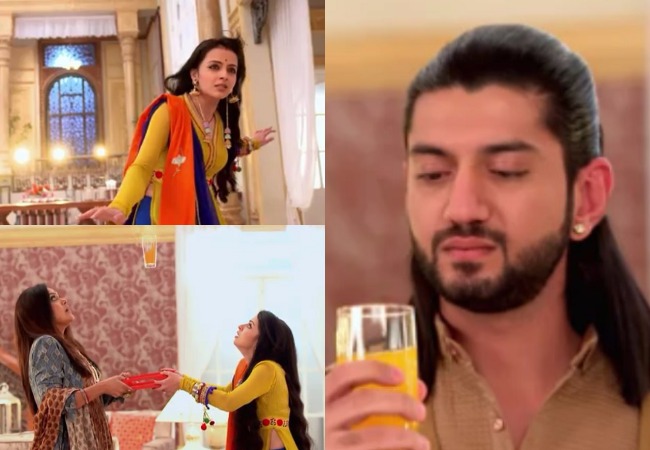 What really happened: Gauri saw Buamaa mix something in Omkara's drink and decided to save the day with cool tricks and the gravity defying glass was ready to help!
This unlikely beckoning on Dil Se Dil Tak

Just when Aman thought Teni (Jasmin Bhasin) is expressing her true love (she even went to his room in the night just to dance on Govinda songs); she ends up being reminded of Parth (Siddharth Shukla). Teni cannot get him out of his head and even as Parth is away from home, she decides to divert her mind but he keeps appearing as a vision. 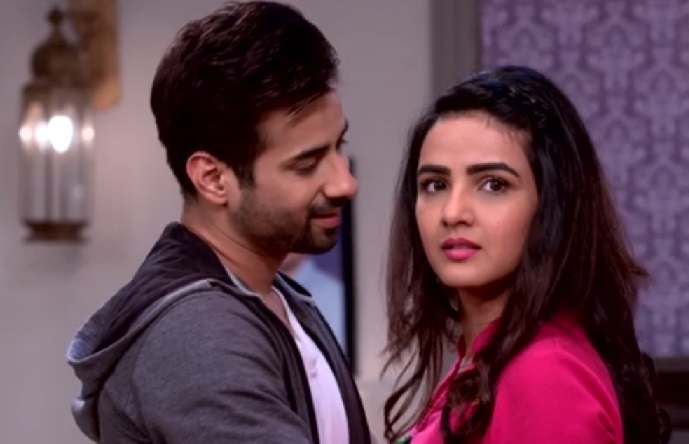 While we have no problem with her thinking of him, why is he placed among clouds as if he were deceased and his gestures looked like he's summoning her to the afterlife! The overly-sloppy CGI just looked like a plastic cut-out of Bruce Almighty (wait, we already had those in God Tussi Great Ho). 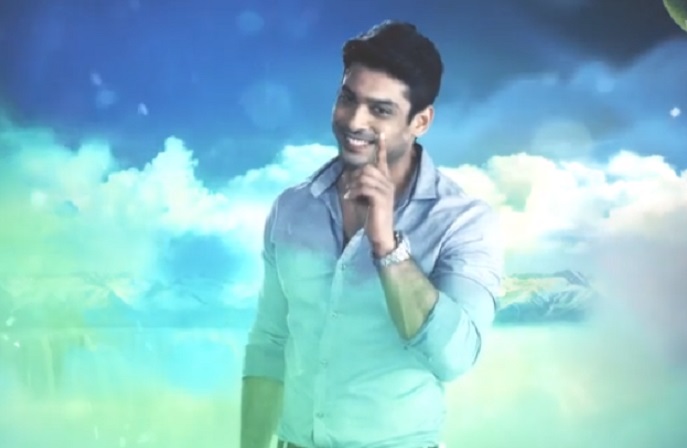 This call to the other side doesn't quite fit well with the romantic angle the scene was trying to sell. Also, just when you thought they learn from trial and error, this happened- 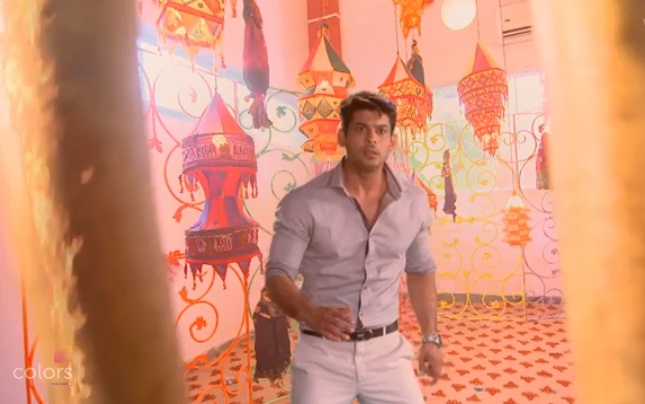 The Mahasangam episode featuring Ek Shringaar -Swabhimaan and Dil Se Dil Tak had Parth in quite a fix. The hotel he's residing in is on fire and he (like the viewers) can't seem to figure out if the flames are real! He's clearly conflicted as can be seen on his face and the 2D-ish backdrop isn't helping!
When you're in a rage but not enough to break a pricey camera 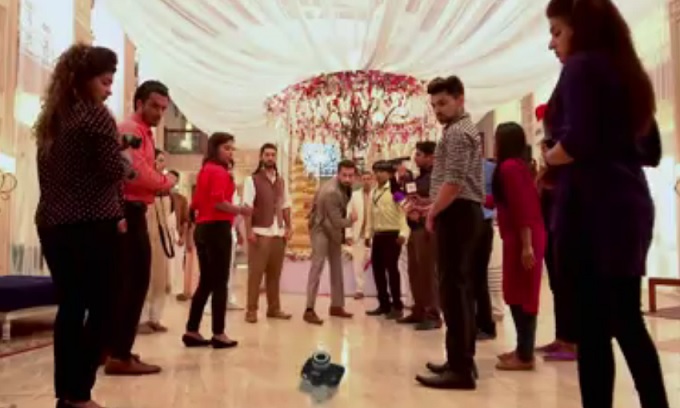 Ishqbaaaz had this scene where reporters barged into the Oberoi mansion just when something scandalous went down. They flanked an enraged Shivaay (Nakuul Mehta) and the result was a temper tantrum leading into him throwing a reporter's camera on the ground. Just as it was about to hit the floor, it turned into a cut-out of a toy camera and it's as fake as it gets.
The blurred bits vs the bits that should have been blurred out on Kuch Rang Pyaar Ke Aise Bhi 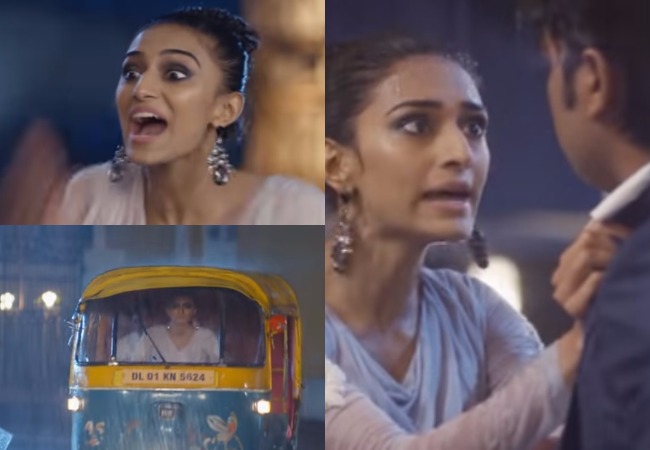 She went from prancing in the rain to hurriedly getting into a rickshaw and driving away with a driver feebly protesting in the backseat. Erica's acting in these scenes looked really forced as she grabs on to a man mistaking him for Dev and scolding him for not being the right person. It was full of cringe-worthy moments. At least she gave the autowale-bhaiya a run for his money, didn't she? While these scenes were in a dire need of censor blurring and pixelization, they chose to blur out the logo on the bike instead- 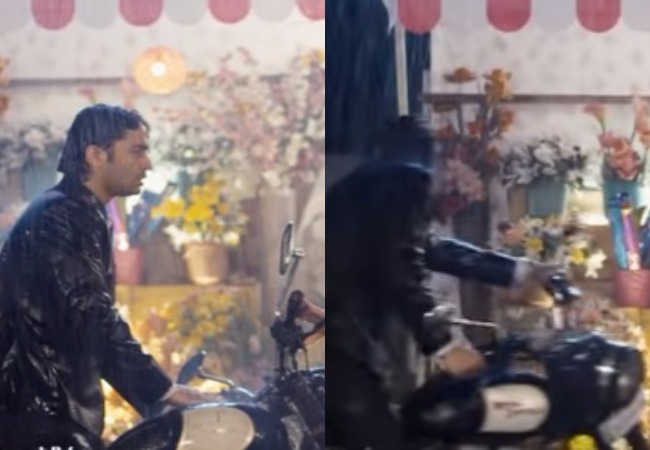 Even at that, they got a little laid-back and forgot to keep up with it. One scene had the logo wiped out and the other didn't. We just wish it would have slipped a little further up to Sonakshi's overreactions!
Did you catch any of these moments on TV?
22 Likes

It's funny how DBO always manages to feature in these articles.

NatalyMusketeer 3 years ago Want much more of Siddharth Shukla and Jasmin Bhasin as Parth&Teni in DSDT...

The only problem was the editing. The actors were natural and made the scene a pure bliss to watch.

goofyCat 3 years ago This fire sequence in Dil Se Dil Tak was really a tough one to act! Well done by Siddharth Shukla!!

mayu1982 3 years ago Sona's confession and proposal sequence was subtle, beautiful and natural... The execution by both the actors Shaheer Nawaz Sheikh and Erica Fernandes was beyond perfection.

gmgi 3 years ago Love Shaheer Sheikh and Erica Fernandes in Kuch Rang Pyar Ke Aise Bhi. The acting was fine though the editing was not. But the episode was pure bliss.

JyotiBThakur 3 years ago The confession and proposal sequence was subtle, beautiful and natural... The execution by both the actors Shaheer Nawaz Sheikh and Erica Fernandes was beyond perfection.

Anup Upadhyay roped in for 'Excuse Me Madam'
10 minutes ago

"She thought Ending her Life was a Better Option": Sonakshi ...
18 minutes ago

Randeep Hooda Expresses Shock; Voices his Concerns and ...
30 minutes ago

Deblina Chatterjee to be seen as Lakshmi in Vighnaharta ...
47 minutes ago

Here’s why Akhilendra Mishra initially denied playing the ...
49 minutes ago

Sushant Searched about Painless Death, Trouble in ...
56 minutes ago