View Profile
*Disclaimer: The following content is a light reflection that leaves out any scope for critique. We are strictly talking puzzling moments that may come as a shock to the viewers.
By now, you must certainly be enlightened about how, 'Kuch Bhi' has a way of creeping in on the simplest scenes. Some TV shows cannot go on for five minutes without giving away a major slip-up. These are bound to happen in the grand scheme of events that TV is all about. This week we spotted a bunch of encounters on screen that will leave you puzzling over what you just saw. From clipart inspired elements to an entry that looks like the beginning of a flop movie, we've got your week of missteps covered!
Here's how the kuch bhi moments played out this week-
When you're so fake a drunk, even the lightening reflects to mock you!
Pardes Mein Hai Mera Dil recently went off air and just when we thought we could safely bid the show adieu, we saw a sequence full of rants in a drunken slur. Rihan Khurana (Vineet Raina) has just been kicked out of his estate, duped by the wronged Naina (Drashti Dhami). The next thing we know, he sits atop his car and drinks till he's drunk enough to pretentiously fall of the car bonnet and deliver a whole soliloquy with perfectly timed words for Naina to react to in the background. 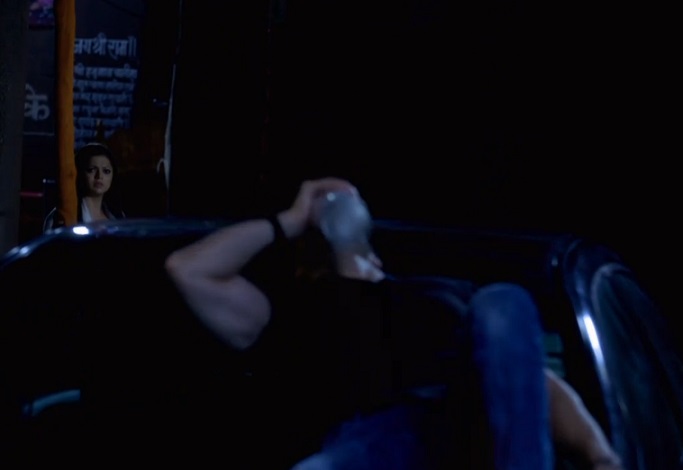 And just when you thought the cringe-worthy bits are over, this happened- 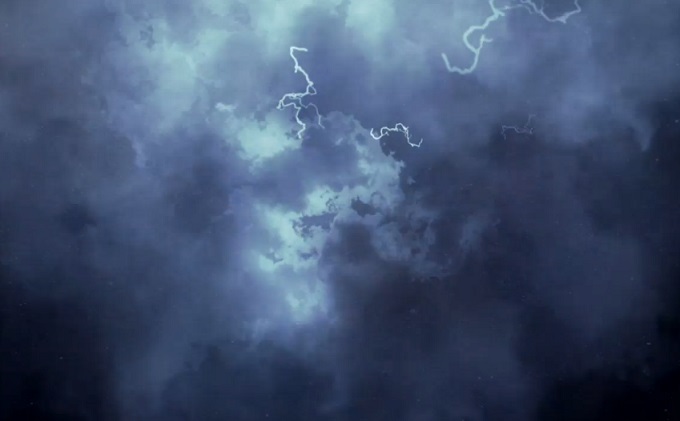 Pardes gave the show's fans a masterpiece, (that a four year old could doodle) a bunch of frightening lightening that looks like it's been pasted right off MS Paint. These are the very convincing thunder bolts that are meant to represent Khurana's emotional turmoil. And you thought TV doesn't have visual metaphors?
This convincing case of Telekinesis on Ishbaaaz

Goons confront Shivaay (Nakuul Mehta) as he placidly stares about him and places his wallet and wrist watch away as an act of defiance and says "maaro mujhe". While we're already mimicking his poker face, in confusion the goons go on to hit him black and blue. 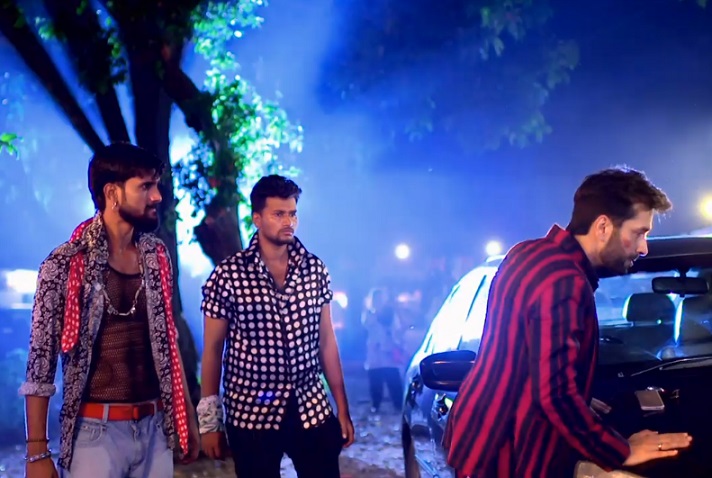 Meanwhile, Anika (Surbhi Chanda) who has nothing to do with the scene, senses something wrong while she's putting on her mangalsutra. With every hit Shivaay takes, Anika doubles up with shock and fear as the mangalsutra slips between her fingers. She isn't even pretending as her telekinetic skills prompt a dramatic turn as she clutches at the symbol of married life looking worried and bereaved. 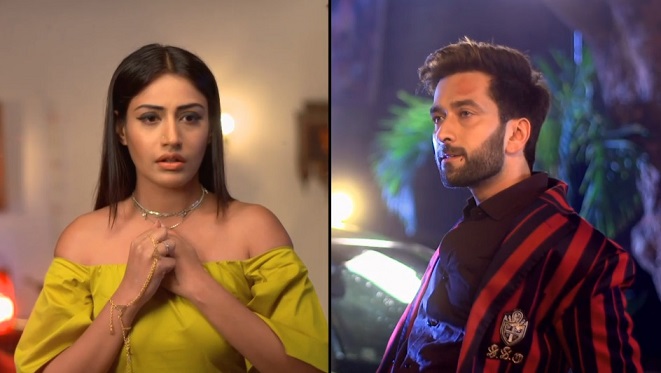 Ekta Kapoor called, she's suing for plagiarism from over a decade ago!!

This entry that marks the exit of reason!
If you want to see the exact moment logic flies off the window, we have it recorded for you. We all knew Sasural Simar Ka was beyond saving. We also knew the makers won't give up. But, what we didn't expect was this omen of all things going south. Rohan Mehra just entered the show as it tries it's hand at revival with all the leaps and entries. However, his entry was definitely not the saviour we were looking for. 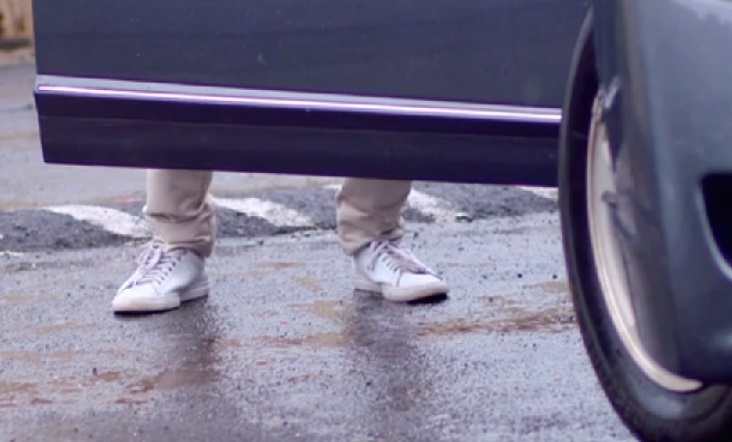 Rohan Mehra does what all heroes do- arrive at the right time! However, him doing so by casually jumping off a moving car and nonchalantly standing there as the wheels go off in their own direction isn't helping! 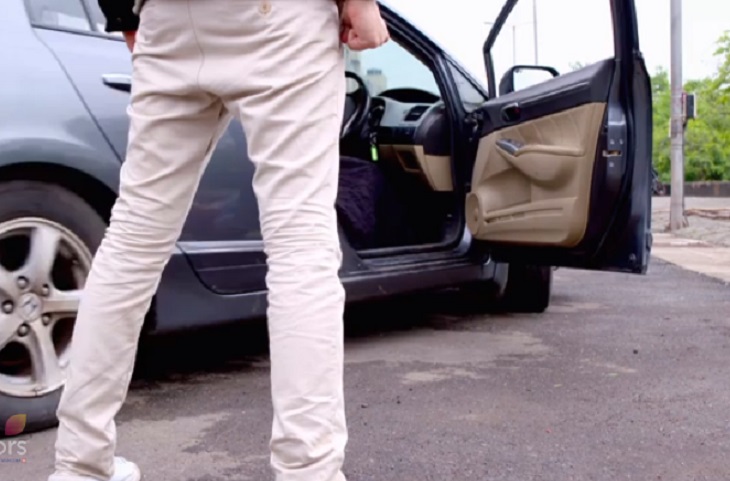 Since ending our hopes for a new element wasn't enough, they gave us a better look at our new hero. Isn't a slimming angle shot (with a black and white centre frame that speaks of existential dread) all you need? 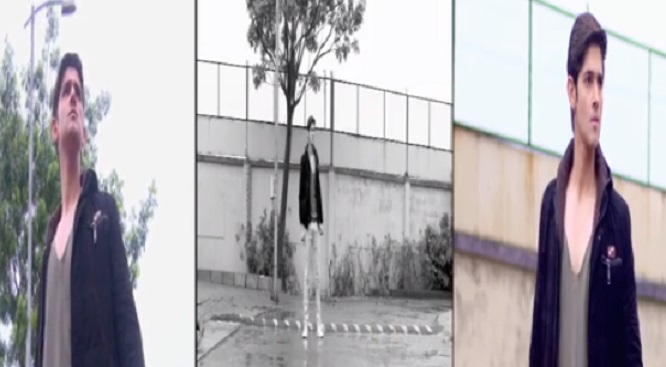 We like how he looks like a lost child, mirroring our exact expression while watching Sasural Simar Ka.

This ambitious bullet on Dil Boley Oberoi
Masking intention has never been a strong suit of Indian TV. And so we have an example of a bullet displaying the rage of a viewer. Sultan's man is staked out near the Oberoi mansion and he takes Bhavya (Mansi Srivastava) at his aim. Just when he pulls the trigger, we have his target move away and the bullet is headed elsewhere. 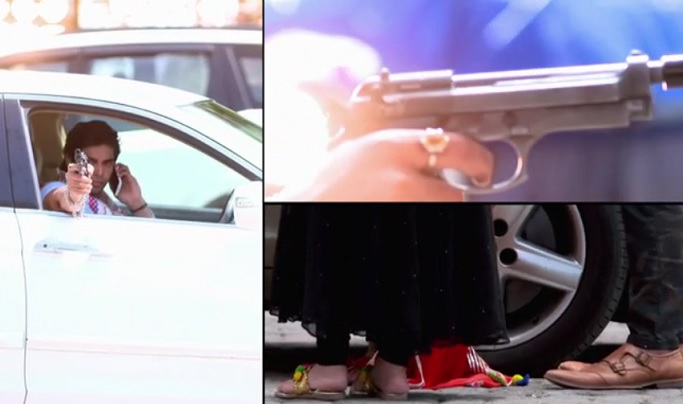 Gauri (Shrenu Parikh) is so unnecessarily dramatic, even the bullet wants her dead! The bullet goes on to miss Bhavya and races in her direction. And, before it could get there, bursts into a splash of blood (before even touching her feet). Never has computerized blood looked so amateur. Read: Not really, Ishqbaaaz has done this before. 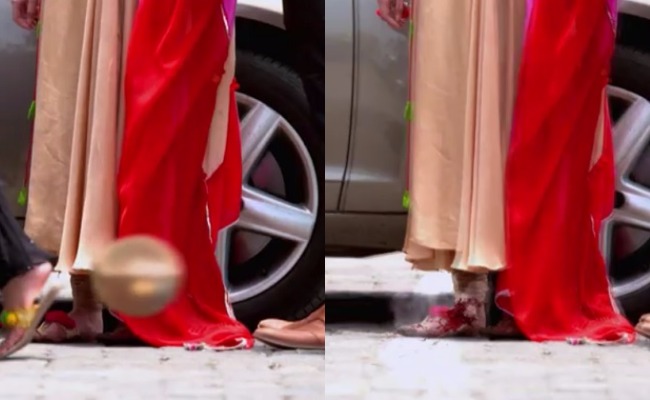 This playground tactic to get attention on Dil Se Dil Tak
Sejal (Himani Sharma) on Dil Se Dil Tak is trying to woo Rishab who is intrigued by Jagruti. When dressing up and trying to guilt him into a party plan failed, she decided it was time to pull of the big guns. She sees Rishab and Jagruti chatting and legit sits on the ground and cries in mock pain. 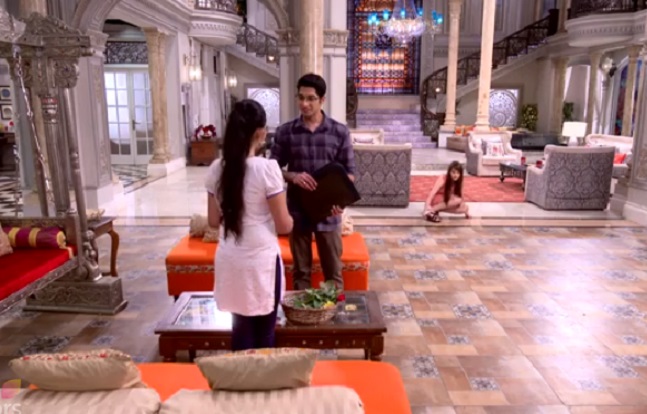 We like how she doesn't act-out a fall and conveniently sits on the floor clutching her ankle. She then makes a hue and cry about being in excruciating pain, enough to make Rishab offer to carry her to the hospital. 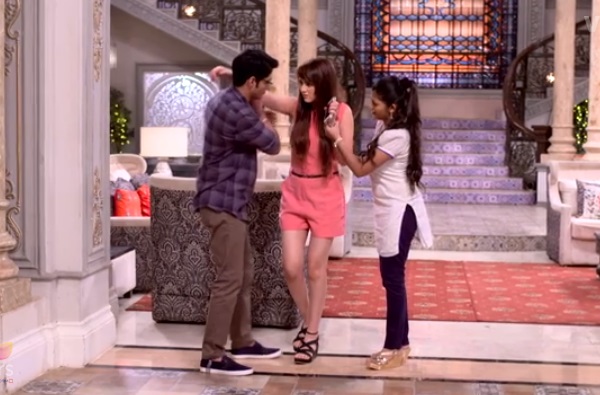 A bonus is the scene that follows where the doctor says "I don't even see a swelling or a cause of pain" as Sejal puts on her "Oh God, why?" expression.
Did you catch any kuch bhi moments on TV?
19 Likes amazedd 3 years ago Missing u a lot...u are amazing actress...no tv without u ...love u Drashti Dhami

shramaan 3 years ago Drashti Dhami u played Naina beautifully...
Love every shade of the character u displayed...
Come back soon Princess Drashti Dhami.

ssingh28 3 years ago Drashti Dhami u were superb as naina...gonna miss u on TV...come back soon

moumita.madhuk 3 years ago Commenting here for Drashti Dhami ... Doesn't matter how the creatives ruined the story... You rocked baby...

review
Review Review: 'Bandish Bandits' Hits The Right Tunes With its ...
2 minutes ago