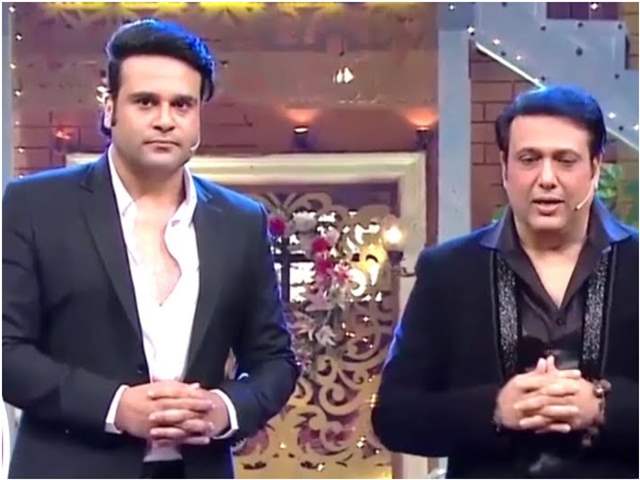 The saga between actors and uncle-nephew, Govinda and Krushna Abhishek respectively continues to see no end to things anytime soon. Once inseparable and all family, the duo have not been on talking terms with each other for a long time now.

Owing to that, whenever Govinda would come on as a guest on The Kapil Sharma Show, Abhishek would make sure to not be a part of it.

That is happening again where Govinda and wife Sunita Ahuja will be coming in as guests on the show. Due to the same, Abhishek has skipped shooting for that.

Talking about it with ETimes TV, Abhishek said, “Since the past 15 days, I have been shuttling between Raipur and Mumbai to shoot for my film and Kapil’s show. I would always go that extra mile to adjust my dates for the show. However, when I learnt that they would be appearing as celebrity guests in the upcoming episode, I didn’t want to be a part of it, so I didn’t try to adjust my dates. I believe both parties don’t wish to share a stage.”

We would hope that one fine day things are fine and better between them.

Krushna Abhishek wants to apologize to his Mama Govinda