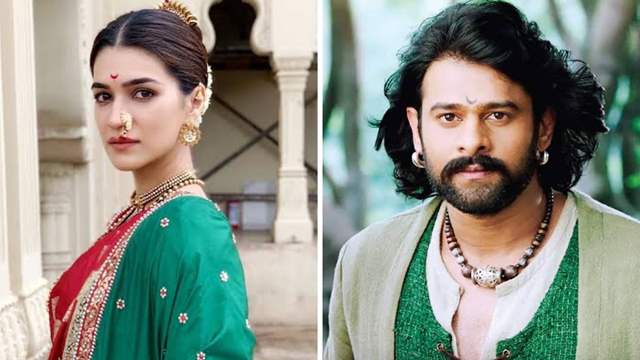 Looks like Om Raut’s epic saga ‘Adipurush’ has finally found its leading lady. As per latest reports, Kriti Sanon has been roped in to play Sita opposite Baahubali star Prabhas, who plays Ram in the film.

While Prabhas plays Lord Ram, Saif Ali Khan will be seen as the antagonist Lankesh in the epic action-drama. Previously, several names like Anushka Sharma, Keerthy Suresh and Anushka Shetty were speculated to play Sita.

“After considering several top names, from both the Hindi and Telugu industries, they decided on Kriti. She will play the character with grace and dignity,” a source close to the development told Mumbai Mirror.

However, the team of Adipurush is yet to make any official announcement on the same.

Last week, the makers made the big announcement about the release date and shared that Adipurush is slated to release on 11th August 2022! Taking to his social media account, Prabhas shared the announcement that read: "#Adipurush in Theatres 11.08.2022  #SaifAliKhan @omraut #BhushanKumar @vfxwaala @rajeshnair29 @tseriesfilms @retrophiles1 @tseries.official #TSeries"

Directed by Om Raut, and produced by Bhushan Kumar of T-Series, Adipurush will be released in Hindi, Telugu, Tamil, Malayalam and Kannada.

Bharathi_gurti 1 months ago Prabhas come out of Bollywood..dont force us to boycott you too..its a very dangerous and an unhealthy place with only vultures in there..all had blood in thier hands and skeletons in thier closet..save yourself from them.they cant accept your success