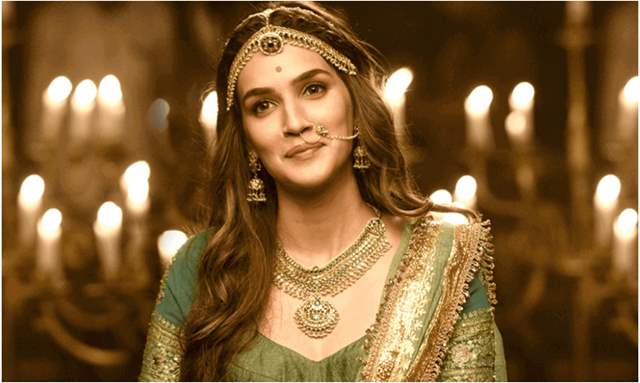 Actress Kriti Sanon has worked her way to the top, with no filmy name, the Luka Chuppi fame has carved a niche for herself in the industry. As the actress continues to make her mark in the industry, Kriti has been selected to embody the iconic character of Sita for Om Raut’s ‘Adipurush’.

Playing the role of Ramayana's Sita in the magnum opus Adipurush comes with its own pressure, said Kriti during her interview with Mid-Day. She also pointed out that people's expectations are attached to the character and hence, she does not want to portray it in any wrong way. "I am overwhelmed and grateful that I am playing such an iconic character. The role comes with a lot of pressure because we don’t want to [portray] anything that is not [true to] the part. People’s sentiments are attached to the character," Kriti Sanon said.

The role comes with a lot of pressure because we don’t want to [portray] anything that is not [true to] the part.

Kriti who was also a part of Panipat, Kriti said that an actor has to keep a check on your body language and dialogue delivery. With Om, the actress feels that she is in safe hands.

Speaking about her south project, Kriti said that she had to work on her Telugu language as it will be released in both languages.

Sharing details about her equation with Prabhas, Kriti revealed that they bonded over food, she continued "When I first met him, I thought he was shy, but once we started chatting, we were unstoppable. He is a foodie, and loves feeding his co-stars," Kriti said.

Kriti will begin shooting for Adipurush in April and several reports suggest that her solo scenes will be shot first and then the rest of them will be shot with Prabhas and other actors.

Apart from Adipurush, Kriti also has Bhediya with Varun Dhawan and she will be heading to Arunachal Pradesh for the shoot. Bhediya is a horror flick that is a part of Dinesh Bijan's horror universe.