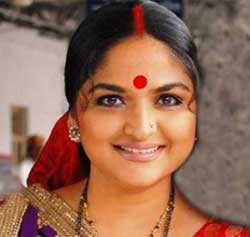 The recent fiction shows on Sony have cast a spell on the viewers, and the ratings prove that!! After the launch of Saas Bina Sasuraal, Sony is now looking forward to a show coming from Neela Telefilms, the makers of the popular show on SAB TV, Taarak Mehta Ka Ooltah Chashmah.

Titled Krishnaben Khakhrawali, the show is about Krishnaben, who has gone thro' a lot of hurdles in life, to bring up her children. Talented actor Indira Krishnan will play the title role. She lives with her father-in-law and four children.

Our source states, "Neha Lakshmi Iyer who played the role of Gunja in Na Aana Is Desh Laado will play the daughter of Krishnaben. Mehul Vyas who was seen in Imagine's Dharam Veer will play her twin brother. Sohan who was last seen in Sahara One's Bitto will be another son of Krishnaben".

We tried calling Mehul, but he remained unavailable.

We tried calling Producer Asit Modi, but he remained unavailable..

The show has already gone on floors, and is likely to start this month..

shivani003 9 years ago I like the promos for this show. I wonder if its a bit like Baa Bahu aur Baby

divyankadevrais 9 years ago i think this resembles baa bahu aur baby as godavari also struggled a lot in bringing up her children rite!! wel hoping this show has something different to showcase than bbb

avtab 11 years ago OK one film in a year that is also kissing picture. OK no problem if the picture is good. But I hard that all actors wants to release their picture in December to avoid competition in theater. But I feel now that all SRK, Amir and Hrithik picture will release in Dec and will have good competition

Mrs.K.B.Sobti 11 years ago barbara mori is a great actress from uruguay.. i have seen her tv shows (ie Ruby).. shes damn hot!!!!

miss5stars 11 years ago not a big deal! - i hope the latina girl''s voice isnt dubbed.. its real annoying when the non desi person''s voice is dubbed..bcuz it sounds so werid and fake!

brainychild92 11 years ago omg wat a big deal!!wat ARE WE going to do?lol make a mountain of a mole hill god.. dont the media got anything more to do!

Sara Ali Khan heads to Mumbai as she receives summon from ...
48 minutes ago

Bigg Boss 14: First look of the shopping mall, theatre and ...
57 minutes ago