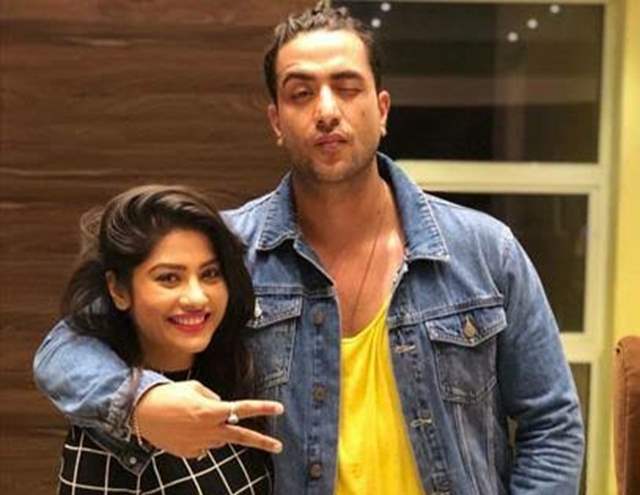 Bigg Boss 14 continues to be the talk-of-the-town and one of the most shocking moments recently happened where Abhinav Shukla got eliminated from the show after a surprise mid-week eviction.

Nevertheless, the game continues and the show is under two weeks away from concluding and us having a winner.

It is no secret that the likes of Aly Goni, Rahul Vaidya and Rubina Dilaik are among favorites to win the show and Goni, especially has gotten a lot of support in the mix. And talking about support, he has now received more support from his former co-star from Yeh Hai Mohobbatein, Krishna Mukherjee.

Mukherjee, in a recent interview with ETimes TV opened up on Aly's game in the show and how she feels he has full chances of winning. She said, "I don't enjoy the fighting part in the reality show. I think the Bigg Boss house tests patience. I know Aly Goni personally and he is not patient at all in real-life. He was never patient. But now when I see him he's a different person. He is calm in most of the situation, obviously we have seen him getting angry also but that's fine. Gussa toh aajata hai sabko...So, Bigg Boss I feel teaches you to become patient in life." She added, "I feel Aly has the chance to win the show. He will win. He handles people in the game show with so much love and it is commendable. Even if someone is rude to him, he will first try to make them understand with love otherwise he will ignore them. The way he is playing the game and handling everyone is too good. I feel he will win because of this quality."