Pratigya (Pooja Gaur) is trying her level best to get her dad out of jail in Star Plus, Mann Ki Aawaz Pratigya. Recently the show saw the entry of Piyush Sachdev as the lawyer Amit Mathur who, accepts to fight the case in favor of Shyamji. 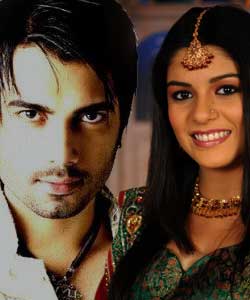 Viewers will be in for some hard hitting courtroom sequences in the coming episodes during which the truth of Pratigya being kidnapped by Angad (Kunal Kapoor) is expected to open up.

A Little Birdie tells us that, "Pratigya is hoping to tell Krishna (Arhaan Behll) that her father was being blackmailed by Angad and that he did not want to reveal that Pratigya had earlier been kidnapped by Angad. However just before the hearing is declared this particular truth comes out which leaves Krishna and the entire family of Sajjan Singh (Anupam Shyam) in shock. With the truth out it will be interesting to see whether Krishna who has till now been helpful to Pratigya will continue to be her support system or not."

When contacted, Pooja Gaur told us, "Yes, the truth of kidnap is going to be revealed in court it is to be seen how Krishna reacts to it."

If sources are to be believed the creative team plans to treat this track differently they will not show any separation between the protagonist when the truth is out. However this revelation will get Krishna, Pratigya closer.

A Khabroo further tells us, "Viewers have been waiting eagerly to see some sort of chemistry develop between Krishna and Pratigya it looks as though creative have finally answered their call; as the upcoming track will show the couple consummating thus, starting a new phase in their life. This particular sequence is expected to come in 2-3 weeks from now."

Bats87 9 years ago Krishu Looks extremely hotttt in this picture...

vps506 10 years ago they r bound to do that i.e. making Pratigya and Krishna closer, as pressure from viewers and fans was too much. They can't risk separating them as this will make viewers angry and they might quit watching the Drama !

LuvPoojaBose 10 years ago OMG Thnx for the Article, I really want him to support Pratigya this time....

Mrs.SalmanKhan 10 years ago i cant wait ! arhaan, what a pretty name! &lt;3

Pragati.T 10 years ago u r amasing actor.all the best 4 ur future

sanw 10 years ago I am surprised krishna will react positive even after getting to know the truth!