View Profile
Krip Suri who was lately seen in Sony TV's Maan Rahe Tera Pitaah is back in action with Zee TV's Apno ke liye Geeta ka Dharmyudh. The show will see its first Maha Episode this Saturday dated 8th January, where the guy will make his entry and will play a major role in resurrecting the life of Geeta (Sargun Mehta). 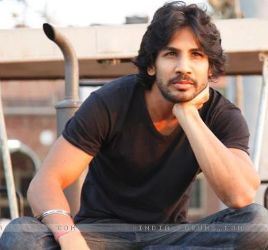 A source from the industry says, "In Saturday's Maha episode, Malini Yadav (Urvashi Dholakia) along with Sudha will plan to kidnap Geeta and eventually wil try to force her to marry Vinod. On the other hand Prince (Nikkhil Chaddha) too will give time for Geeta till her birthday to think and take her decision to marry him. But as on the birthday, Karuna will spill the beans that Prince is in love with Geeta. After this happens, Prince refuses that he is in love with Geeta, which will upset Geeta a lot".

"As soon as Geeta runs away from the party, she will get kidnapped by Vinod. However, Geeta escapes from Vinod's car and the guy who helps her at this state is a new character, Raghav played by Krip Suri".

Krip plays a character which is similar to Robinhood who comes to the rescue of innocent people as and when they want help. He is someone who will change the subtle and intervert Geeta to an extrovert and confident girl.

When contacted, Krip Suri confirmed the news and said, "I have not started shooting for the show, but I know that my entry will be aired in the maha episode of the show. I will be someone who will transform the shy, introvert Geeta to a very confident girl who can tackle all her problems".