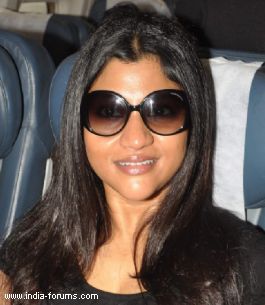 Actress Konkona Sen Sharma enjoys working with first-time directors because she feels they convey something special through their work.

"I have worked with many first-time directors -- Ayan Mukerji, Zoya Akhtar, Shonali Bose, who did 'Amu' and now Kannan Iyer. After working with these people, I have found that the first-time directors bring something very special to the table," the 34-year-old said here in an interview.

She said the first-timers plan for their film for many years -- like how their film would be and what it would be. "So they put a lot of care and lot of soul in the film."

Konkona teamed up with Mukherjee for his directorial debut "Wake Up Sid" and Zoya's first feature film "Luck By Chance" saw her playing the female lead.

Both "Wake Up Sid" and "Luck By Chance" came out in 2009. While the former was about a younger man dating an older woman and turned out to be a huge commercial success, the latter detailed behind-the-curtains Bollywood and won critical acclaim.

Konkona's next is "Ek Thi Daayan" and Kannan Iyer brings the tale of witches on the screen.

The supernatural thriller is coming out Friday and the actress said "it was wonderful to work with him (Iyer)".