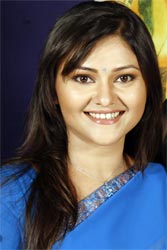 Tellywood with Vicky Ki Taxi in the very last episode of the show.

According to our source, "The show winds up on 19th June and the final episode will have Koneenica playing a small role.

We talked to Koneenica who said, "I did not know that the show is going off air, but I took this role because I liked the character and after getting out of Sarkaar Ki Duniya, I had to do something different. I got into the reality show to gain some name, but I was completely lost in that world and I was seen as a completely different person there. I will never take up any reality show after doing Saarkar Ki Duniya. It was such a bad experience where I came across people who don't have any sort of humanitarian feelings".

Talking about her episodic in Vicky Ki Taxi, she quips "I am playing the role of Seema who is an actor and her husband is from the production. Vicky comes to know that her husband is planning to kill her and he eventually saves the girl".

Sara Ali Khan likely to star opposite Vicky Kaushal in The Immortal ...

AVFAN 11 years ago ALl the best to her.. I liked her in EK Aksher niche.

CrazyChatterbox 11 years ago she kinda looks like sonal sehgal...
right??

Alaya F reveals how Anurag Kashyap tried to brush her off at ...

Jiah Khan’s sister accuses Sajid Khan: 'He asked her to take off ...

Nia Sharma and Shivin Narang make for a great on screen pair in ...

Paresh Pahuja on his character Raghu in Tandav: He is a very ...

Saif Ali Khan on embracing parenthood again at 50: Happy to ...