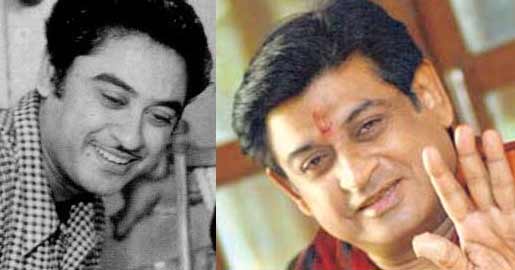 "'Ebar Aamay Daakle Doore' is indeed a milestone in my music career. I had plans to cut a Rabindrasangeet album some three decades ago, but unfortunately it didn't materialise. I am hopeful that the listeners will also enjoy the songs," Amit said at the album's release.

The album has 10 songs including popular ones like "Bhenge Mor Ghor er Chaabi" and "Ebar Aamay Daakle Doore" among others.

Amit, who recently completed 50 years in the entertainment industry, is best known for the 1980s' hits such as "Yaad aa rahi hai" and "Ek do teen" among others.

Apart from his father, he has worked with luminaries like R.D. Burman, Laxmikant-Pyarelal, Kalyanji-Anadji and Anand-Milind.

Released by Sagarika Music, the album's music has been arranged by music director Devjit Ray.

'Simmba' actor Kishore Nandlaskar passes away due to Covid-19