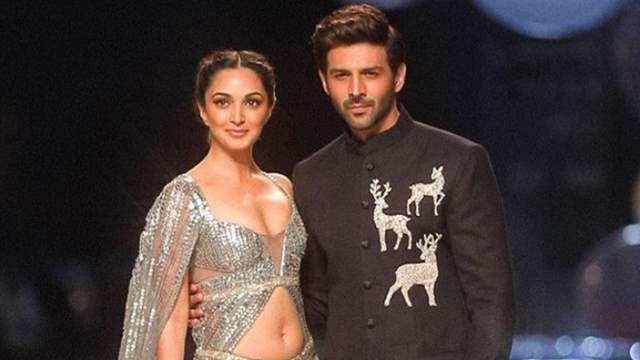 Two days ago, actor Kartik Aaryan took to social media to share that he has tested positive for COVID-19.

Just a day prior to his diagnosis, Kartik had walked the ramp for Manish Malhotra at Lakme Fashion Week. He was the show stopper with actress Kiara Advani.

Kartik was also shooting for his upcoming film Bhool Bhulaiyaa 2 with co stars Kiara Advani, Tabu and director Anees Bazmee. After he tested COVID positive, the entire cast and crew was also reported to undergo a test for precautionary measures.

Now, Kiara has confirmed that she, along with director Anees Bazmee has tested negative for Coronavirus. Speaking to ETimes, the actress said,

Bazmee sir and I have tested negative.

Meanwhile, the tests results of Tabu are yet to be known. The shooting of the film has also come to a halt until further notice.

Director Anees Bazmee had expressed shock after his leading actor Kartik Aaryan tested positive. The filmmaker had said that guidelines were being followed on set and that the entire unit including actors and technicians were tested every night before going on set the next day.

Bhool Bhulaiyaa 2 is the sequel to the 2007 horror comedy film starring Akshay Kumar and Vidya Balan.