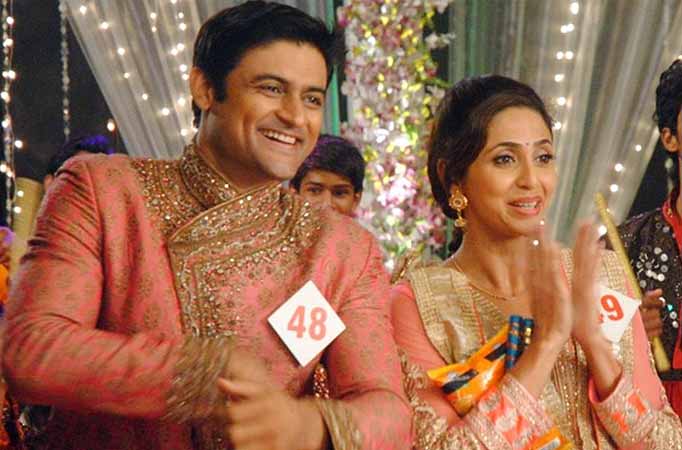 Gautami Gadgil Kapoor returned to dailies with Zee TV's show, Khelti Hai Zindagi Aankh Micholi with Manav Gohil opposite her and now within few months, the serial is going off air. The actress seems pretty upset with this sudden turn of events.
"To be frank I got this news yesterday evening and we were all shocked that the show is being pulled off air. I really don't the reason as to what happened. I think the channel and production house are the best people to be asked," says Gautami.
She adds, "The show was doing good and the audience was loving the track but now with this sudden changes, we'll have to wrap up the shoot. We can't do anything now as it has already been decided. I will miss the whole team of the show."
So after this are there any chances to see Gautami back in any other serials? "Of course I will do shows. I'm back and will remain here. Let's see what comes next," she concludes.
On the other had Manav has decided to take it easy and says, "The news did not shock me as being part of the industry for so many years we are used to such things. There were some issues and the channel did try its level best to resolve but I think that things didn't work out. If I was in place of the channel people, may be even I would have done the same thing."
Ask him what the issues were and he refuses to divulge more details, "I wouldn't like to talk about what the issues were as I really don't want to make it a news thing. You should ask the production house or channel about it. Currently, we are happily completing the shoot."
According to the reports, the show's TRP was going down and the channel was not quite happy with the way the story was shaping. There was a time limit given to the production house but still things were on the same line and thus channel decided to take a step forward.
13 Likes

Shee_xaan 6 years ago Not surprised. Zeetv failed. All good shows r ending. Hate Zeetv for ending Punar Vivaah2. PV trp is good. Always they take TRP issue. Cause they don't have any answer. Really sad abt this news too.

Aurna_ST 6 years ago The show started with a wonderful concept but currently it has become a torture to watch becoz of too much negativity..!!
However, I loved Shruti-Sanjay as a couple..!!
I'll miss u Gautami...I m happy that you are interested to come back in another show..!
Love you GK...Keep rocking..!

Cathy25 6 years ago I'm not surprised. it started off well and then just went haywire with sanjay and shruthi's wedding.

Anyway, thank you for the earlier "sane-awesome" episodes It was a treat to watch manav and gautami's acting and the portrayal of relationships. Too bad, it had to end this way.

rope_and_anchor 6 years ago It started off as Ami-centric, and that was the most refreshing thing about the show. Later, it changed tracks, and that didn't go down well..

.BumbleBee. 6 years ago The concept was different and show was mostly based on Ami but they took it to some other track :p

suresh555 6 years ago Honestly, Shoma Anand's character was being messed up and very irritating. The immaturity and sneakiness towards Ami was not needed. Come on, who scratches herself and then blames it on a child?

Amanda Seyfried Announces The Birth of Second Baby
46 minutes ago

NCB Dismisses Rhea's Claim of 'No Jurisdiction in Drugs ...
47 minutes ago