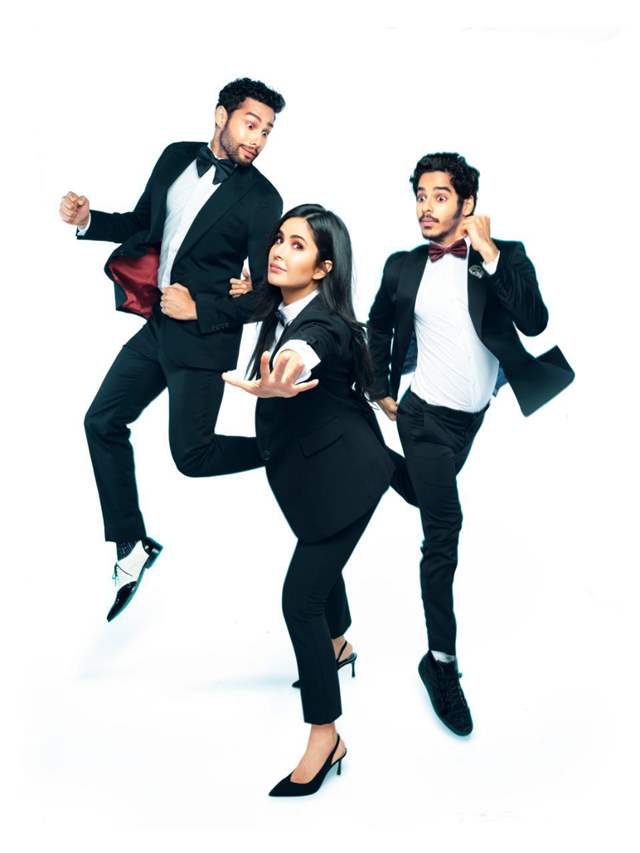 Excel Entertainment’s next film is titled ‘Phone Bhoot’ and here’s what you need to know!

Excel Entertainment, which has been founded by Ritesh Sidhwani and Farhan Akhtar, has graced the audience with several mega-hit films that obtain commercial and critical success. Off lately, they have also been conquering original content on Online Digital platforms with some shows and films.

Adding to their line up, Excel has just announced their upcoming film 'Phone Booth' which is a horror-comedy starring Katrina Kaif, Siddhant Chaturvedi and Ishaan Khatter in the forefront! The trio will be coming together for a film that promises to be a hilarious entertainer.

Katrina Kaif too shared the first look of the film and wrote alongside: "He one stop shop for all bhoot related problems , #PhoneBhoot ringing in cinemas in 2021"

‘Phone Bhoot’ is Excel’s major film announcement after the 2019 super hit Gully Boy and their upcoming boxing film Toofaan. It is an important point to be noted that the photo that Excel shared of Katrina, Siddhant and Ishaan was shot before lockdown was imposed.

The upcoming supernatural comedy is produced by Excel Entertainment’s Ritesh Sidhwani & Farhan Akhtar, directed by Gurmeet Singh, and written by Ravi Shankaran and Jasvinder Singh Bath.  The team will begin shoot later this year and the film is scheduled for a 2021 release.

Neil Bhatt talks about prepping up for Ghum Hai Kisikey ...
-18 seconds ago