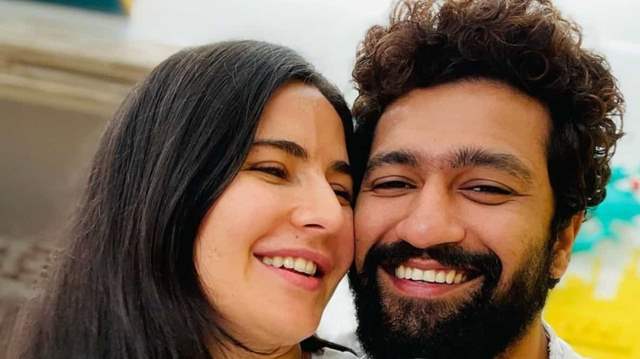 Vicky Kaushal and Katrina Kaif never miss an opportunity to cheer each other and express their love for one another. The couple often indulges in cute social media banters and it is a treat for the fans to see their fun-loving chemistry.

In the video, we could see Karan Johar persuading Vicky Kaushal to opt for a fun role this time rather than trying to portray a serious or valorous character who does something for the country.

At the end of this fun video, Karan offers Vicky two choices, either you take up this film or Student Of The Year 3. 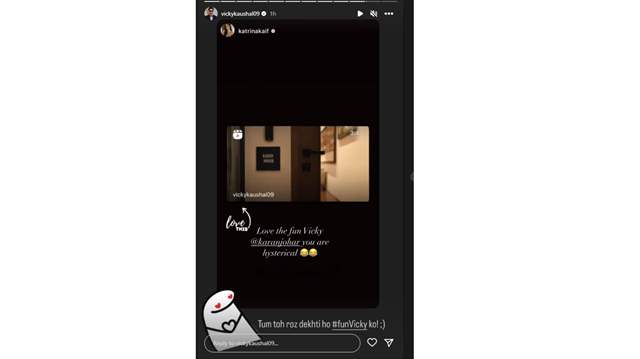 While many of Vicky's fraternity friends reshared the video on their stories and gave him a shoutout, his wifey Katrina Kaif also did so. she wrote, "Love the fun Vicky. You are hysterical @Karan Johar."

Re sharing this on his stories, Vicky gave an adorable response to Kat which read, "Tum toh roz dekhti ho #funVicky ko", with a winking emoji.

The film 'Govinda Naam Mera', which also stars Kiara Advani and Bhumi Pednekar in the lead roles is helmed by Shashank Khaitaan and is presented by Karan Johar's Dharma Productions. The film will be released digitally on Disney Plus Hotstar in the coming few days.