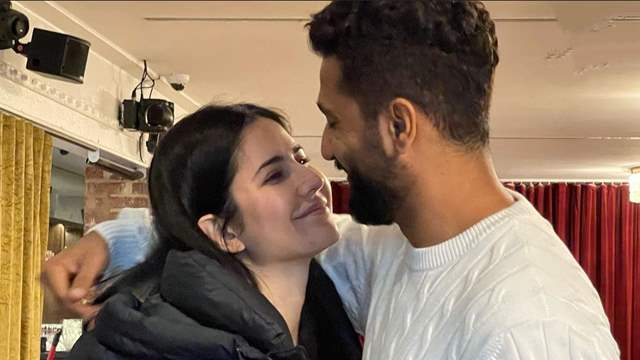 Katrina Kaif is gearing up for her next film, Phone Bhoot, with Ishaan Khatter and Siddhant Chaturvedi, a film that promises thrills, chills and laughs. The film has been the talk of the town since the trailer was out. Not only this, the film's first song Kinna Sona has already been added to our playlists.

Recently, the team Phone Bhoot Katrina Kaif, Ishaan Khatter and Siddhant Chaturvedi were interviewed by Film Companion's Anupama Chopra yesterday and the trio answered many brewing questions related to their film and other as well.

Well what caught our attention was certainly when Katrina talked about her husband Vicky Kaushal and the camaraderie she shared with her. The two are diametrically different to one another, as Katrina Kaif explained. Vicky Kaushal is quite composed, whereas Katrina is more likely to become agitated quickly. She continued by saying Vicky Kaushal refers to her as his "panic button" because of how frightened she gets. In the interview, the Ek tha Tiger actress described an instance in which Vicky assisted her by acting out a scene from "Merry Christmas," and how he quickly memorised a two-page script, making the former envious.

Needless to say the duo's off screen presence and social media banter is a proof of their amazing chemistry.

Phone Bhoot releases in theatres on the 4th of November, 2022. The comedy horror film has found patronage from the children and the youth, who have enjoyed the fun gags in the trailer