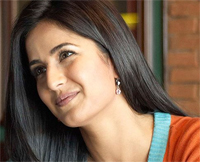 Featured Video
film New York in Philadelphia. A little birdie revealed that right after spending some nice food time, when the actress stepped out of a restaurant on to the streets of the city, she was caught bang in the middle of a mad scene. People were jumping up and down on top of the cars and smashing beer bottles.
Well as found out, it was not really a street fight at all.
And our pretty babe was quite safe. It so happened that US had just won the World Cup. Phew! Our girl heaved a sigh of relief. In fact the cops were party to the ongoing celebrations on the street.
Celebration time::)