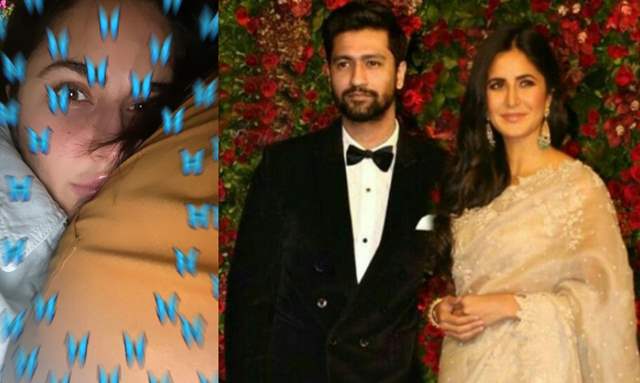 Kat’s statement spread like a wildfire and while the fans await either of them to confirm their relationship, a picture of Bharat actress leaning on something orange in colour has gone viral. There’s a possibility of it being a couch or pillow but fans suspect it to be a ‘special someone’... that is none other than actor Vicky Kaushal.

Many fans dug out an old picture of the actor wearing an orange t-shirt and going by the picture, it indeed appears like Katrina is hugging Vicky. She has even added the butterfly filter in the picture.

Here’s what the fans have to say…

Recently, Vicky Kaushal celebrated his 32nd birthday amid lockdown at home with family. The actor received many wishes from his fans and friends as well. But, most importantly, it was Katrina Kaif who had the sweetest wish for him.

Previously, Vicky and Katrina were seen making a joint appearance at a Diwali bash, and obviously, fans couldn’t stop gushing over them. Until recently, he was sneakily seen romancing her at Ambani’s Holi bash. Vicky was also seen flicking back Katrina’s hair and its too cute to handle.

While their wishes and appearance at the parties have already added fuel to the fire, all thats left is for them to come out in open and reveal their relationship.