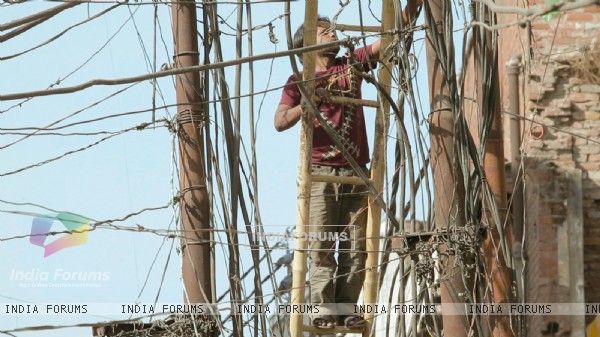 Electricity theft is a major issue in the city of Kanpur. It not only involves people stealing electricity for homes but also major industries that steal electricity. This issue is highly politicized.

Deepti Kakkar and Fahad Mustafa's award winning documentary Katiyabaaz has beautifully captured this and brought to light many faces of the issue of power cuts and electricity theft in Kanpur. Deepti and Fahad have captured communal riots in Kanpur over power cuts in the city on camera. This has been shown in their documentary and incidentally, the censor board has cleared the film.

This is the first time ever that a film that has captured communal riots is being released on such a large scale.

The documentary, Katiyabaaz brings to light this issue that millions of people all over India face. The makers Deepti and Fahad have showcased a grave problem in an interesting manner.

Presented by Phantom, Katiyabaaz will hit screens on 22nd August.