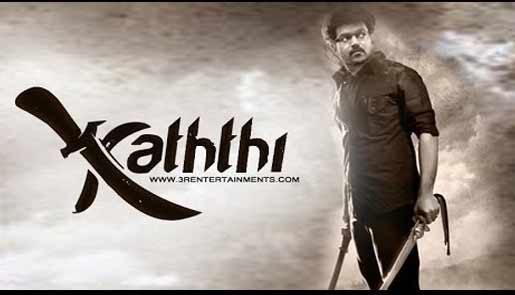 The release of Vijay-starrer Tamil actioner "Kaththi" Wednesday in Tamil Nadu looks uncertain due to an 'unproven link' between the film's producer Lyca Productions' and Sri Lankan President Mahinda Rajapaksa.

Tamil fringe groups have demanded the removal of Lyca Productions' name from the banner for smooth release of A.R. Murugadoss-directed "Kaththi" in the state.

"The only request we have is the removal of Lyca's name from the banner. We have no issues if the film is released without their name. If they fail to oblige, members from over 100 Tamil groups will ensure that the film doesn't run in any theatre in Tamil Nadu," T. Velmurugan, who has been spearheading the protest, told IANS.

A meeting between the members of pro-Tamil groups and theatre owners, distributors and producers is scheduled for Monday.

Theatres and multiplexes in the state are yet to open bookings for "Kaththi".

"Most theatres in the state suffered lot of damage when 'Vishwaroopam' released. We are not going to face a similar situation again and we intend to release the film only after an agreement is met between both the parties," a member of Tamil Nadu Theatres Owners Association, told IANS.

"The fate of the film depends on today's meeting. We will have more clarity about the film's release by evening," he said.

Lyca Productions, however, plans to release the film on Wednesday in rest of the country and the world.

"We don't intend to postpone the release because everything has been planned in advance. The film will release outside Tamil Nadu and other foreign countries well," a representative from Lyca said.