The handsome dude Ashu Mehra, played by Amit Verma in Star One’s Annu Ki Ho Gayee Wah Bhai Wah celebrates his birthday in a grand manner. The evening will really be a feast to one and all; whether it is the sumptuous food, the fun and frolic or the scintillating performance coming from the sexy Kashmera Shah. The feast does not end here, as the birthday bash will hold many more surprises for the viewers mixed with confusion and expectations!!

Featured Video
Telly Buzz team managed to talk to the Birthday boy, Ashu aka Amit Verma who says, “The birthday bash was shot on a lavish scale, it was a grand celebration and an episode to remember, for there is a major twist that takes place at the same time”. The shoot of this special episode in Annu Ki Ho Gayee Wah Bhai Wah saw some anxious moments too, when Kashmera Shah had a fall while dancing and sprained her ankle. There was major chaos on the sets as she was carried off into her vanity van by beau Krushna and the shoot came to an abrupt halt. Elaborating on this incident, Amit Verma says, “Kash is a fabulous dancer and we enjoyed her presence in the episode. But it was very unfortunate that she had a fall while we were dancing. Later, she was not ready to continue the shoot and then I had to convince her and Krushna to finish the dancing sequence. This is one incident that I will never forget in my life.. Even though she was hurt badly, Kash did not worry about the pain and moved on with the dance”.

When quizzed about the possibility of Ashu proposing Annu in the birthday, Amit says, “There are huge expectations. While Anu’s family expects Ashu to propose Anu, Mahek feels that Ashu will propose her. But believe me, there is more to it!! The viewers will see a bigger twist happening, something that they have never seen before in Television!”.

So don’t’ miss to tune in to Annu Ki Ho Gayee Wah Bhai Wah on May 8th, Thursday at 8 PM only on Star One to catch all the excitement and the mystery that is going to unfold in the party!! 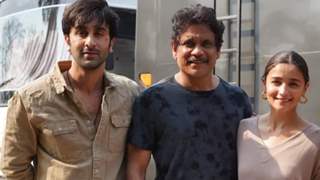 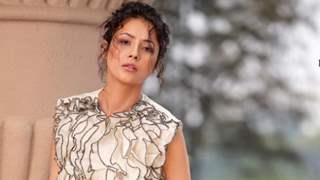 Shehnaaz Gill sizzles in a cream crepe-layered ensemble as she poses ...

+ 3
14 years ago i saw the tomorrows preview, she sure looks diff...I was like who is that girl dancing when Kash close up was shown then I recognized her lolz

But i can't wait for tommorow! Finally the truth will be out!

+ 2
14 years ago No one wants to see Kash. Whats the big deal about her appearance.

+ 8
14 years ago After four months wait the truth will be finally out.

14 years ago she is really fat......she should think twice before wearing such outfits!!!
sorry for being really straight foward but couldn,t control myself.....