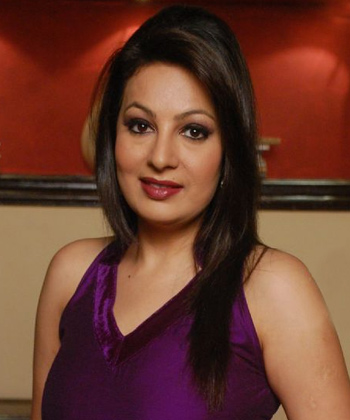 Actress Karuna Verma has stepped into the role of a modern mother for TV show Sasural Simar Ka. She says her role is partly inspired by Ratna Pathak Shah's in the movie "Jaane Tu...Ya Jaane Na".

"I have taken up the role of Shanti Arora on Sasural Simar Ka. The character seemed very interesting and fits the bill perfectly for me," Karuna said in a statement.

"It is partly inspired from Ratna Pathak Shah's character in 'Jaane Tu...Ya Jaane Na'. I look forward to being part of the show," added the actress, who has featured in shows like Kyaa Hua Tera Vada, Pyaar Kii Ye Ek Kahaani and Chhal-Sheh aur Maat.

In Sasural Simar Ka, her character will be called Shanti Arora, a blend of a modern and conservative mother, who is supportive of her son.

In the hope to get her on-screen son Anurag Arora married, she is on a hunt for a suitable match for him.

The show airs on Colors.

PRINCESS_ALISHA 6 years ago welcome. hope you will bring interesting track with you