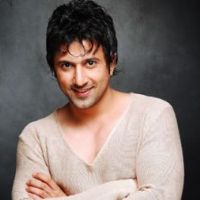 Karthik Sabharwal who had essayed a very important cameo in Rajan Shahi's Bidaai will now be seen in their present show on Star Plus, Chand Chupa Badal Mein.

He essays the role of Bhaiyaji, the man who is behind the entire scam of question paper leak. Yash, Nivedita's brother though innocent has been trapped in this scam, as a result of which the Sharma family will now go thro' a major crisis. Nivi (Neha Sargam) decides to fight for her brother, but it will be Viren's (Kinshuk Mahajan) selfless and unconditional support that will stand out in the whole track.

Our source states, "Nivi has done a lot for Viren and his family. But now Viren will do a lot more to support his wife and her family. Nivi will initially not want his help, but the manner in which Viren will go about exposing Bhaiyyaji will be very interesting".

The unit is shooting an extensive fight sequence with Bhaiyaji and Viren today. The Maha episode wherein Bhaiyaji will come to the fore front will be aired tomorrow, i.e. 26th March.

If sources are to be believed, Viren will have to face a lot of issues and problems in this fight of his and a major twist awaits the viewers in the coming episodes.

We tried contacting Karthik but he was unavailable for comment.

9 years ago I don't understand what does Bhalyaji means that Nivi is benji and him Bhalyaji that they should hock up together since Viren threw her out of his house but still I like today's maha episode because Viren so hot when he fighted him and his smile when he got up because Nivi told him to fight Bhalyaji.

9 years ago even though he's evil in the episode he still brought Nivren closer togeva, now sooner or later Nivi will confess her feelings for Viren because of him

+ 5
9 years ago Wowowow!!! I can't WAIT to see Viren in action, uff he'll be AWESOME! I'm not too bothered about the 'twist', whatever happens Viren will beat the guy and win Nivi's trust again...and in typical jetspeed i have no doubt lolzz ;)

9 years ago Wut is the twist? Dont tell me that this bhaiyaji is going to start liking Nivi, or pretend to like Nivi....if that is gonna be the case then i will stop watching ccbm

+ 5
9 years ago Kind of awesome to see husband and wife standing together for Yash in same manner... proves how much they can't stay away from one another.

KR12 9 years ago Good, this way nivi would realize that how much viren loves her. Loving this show and loving Nivren. They rock.