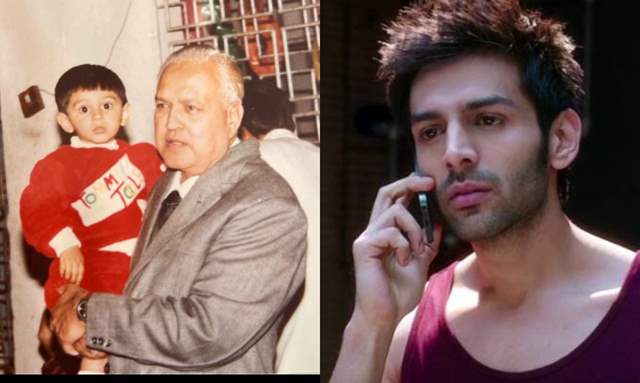 Earlier today, Actor Kartik Aaryan's maternal grandfather passed away. Paying tribute to his beloved ‘Naanu’ the actor took to his Instagram handle and shared a heartfelt note, followed by a throwback photo.

The picture featured Kartik dressed in a cute red outfit, while his grandfather held him with all the love and affection. Shortly after Kartik shared the news, fans and well-wishers offered prayers and condolences to him and his family. Several Bollywood celebrities like Bhumi Pednekar and Nimrat Kaur sent in prayers too.

Meanwhile, on the work front, Kartik Aaryan is currently looking forward to his upcoming thriller 'Dhamaka', helmed by Ram Madhvani. He will also be seen sharing screen space with Kiara Advani, Tabu and Govind Namdev for Aneez Bazmee’s 'Bhool Bhulaiyaa 2'.