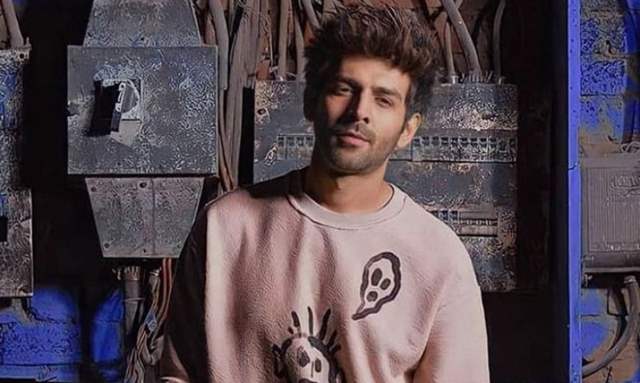 On Saturday, July 31st, news was out that Kartik Aaryan is a part of Freddy, a film backed by Ekta Kapoor and directed by Shashanka Ghosh. Next morning paparazzi spotted him in the city and unlike his other papped-moments, this time he was not on his way to the dance studio or stepping out of yet another big banner’s office post a meeting. This time the hunk made a stylish entry on his bike to take the jetty from Versova (Mumbai) and set off to shoot.

Ever since the second wave of COVID-19 hit the country, and even after the lockdown rules were eased out for shoots, Kartik Aaryan didn’t kickstart any project. But, after 5 months he finally got back to work.

Taking to his social media, Kartik Aaryan expressed the feeling as he posted a picture saying, "Shoot ?? ??? ?? After 5 months…. Did what i love the most ??.” The actor resumed shooting after five months as the second wave brought the shoot of Bhool Bhulaiyaa 2 to a halt earlier.

On a roll with back to back announcements, Kartik Aaryan is undoubtedly emerging as one of the most bankable stars of the industry currently with multiple films with some of the biggest banners in the nation.

After creating a frenzy with the announcement of Sajid Nadiadwala's next, the grand musical love story that brings out the romantic side of the actor, Kartik Aaryan stepped into the patriotic mode with the announcement of Hansal Mehta's Captain India. And after two such big and varied projects, we get to know that he slips into an intense romantic thriller drama, Freddy.

Kartik Aaryan for Freddy has a new look, but the actor is smartly keeping it under wraps. Furthermore, Kartik has not dropped any first look of this film yet and that has already made his fans curious, is there something for a surprise for them?