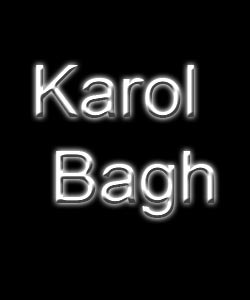 After giving viewers the super hit show on Star One Miley Jab Hum Tum, Sudhir Sharma's Sunshine Productions is coming up with a new show on Zee TV.

According to our source, "After the classy, college based show on Star One, the new show will be much different. The show is tentatively titled 'Karol Bagh'. The story is based on a middle class family and their struggles in life".

One unique aspect is that the entire shoot of this show will be based in Delhi. "This is the first show on television which will be purely based on the life of Delhities. The show will be a prime time daily", adds our source.

We tried calling Producer Sudhir Sharma, but he remained unavailable for comments.

We also tried calling Ajay Bhalwankar, Programming Head, Zee TV, but he too was not available to answer our query.

The show is expected to launch in August.

+ 2
13 years ago well hopefully it will be interesting! will watch it!

+ 5
13 years ago I used to live near Karol Bagh in my childhood. Looking forward to this Delhi based show.

13 years ago I live near Karol Bagh...will I see myself in the show???

+ 5
13 years ago wow Zee is really stepping up...I like all the new shows..I hope they end one of the old ones so this one can make way!