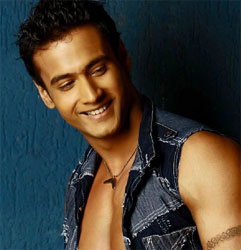 Karan (Yash Das Gupta) in COLORS' Na Aana Is Desh Laado has grown up as the neglected son of the house, and this has been troubling the young lad a lot.

In the coming episodes, we will get to know more on the tainted relationship between Karan and his father, Joginder.

Our source states, "Karan has never got a word of appreciation from his father, and he feels bitter about it. This week, there will be a sequence where Karan is asked by his father to deal with some notorious goons in his own way. Karan will be involved in a huge fight sequence with the goons, after which he comes home victorious. But Karan will be very upset that his father has again ignored him, and does not appreciate his work. There will also be an emotional scene where Karan confides in his mother Santosh that he does not understand why his father remains aloof with him. Santosh will later go and have a word with her husband about Karan craving for his dad's love. Joginder will yell at his wife and say that Karan is actually not his blood. He will also threaten Santosh to keep mum on this issue, and if she fails to do so he will go and tell Karan that his mother actually had a relationship out of marriage and he happens to be the result of the illegitimate relationship".

Also, Karan will be treated indifferently by Ammaji (Meghna Malik), but on the other hand Aditya (Shresth Kumar) will be showered with all the love and affection. This again puts off Karan, and he is forced to get jealous of Aditya.

Karan however, is not aware of his real identity and has no idea that he is not the blood son of Joginder..

Well, yet another relationship in Na Aana Is Desh Laado goes sour…

10 years ago there s always something sore welll it will continue .thot he is the good soul bt circumstances change people.thanx fr the news