Star One's revamp program will start soon, with their first promo on the change in programming line-up hitting the television sets in few days' time!! 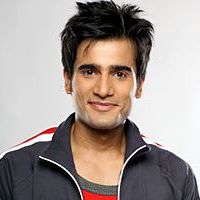 Featured Video
As reported, Geet produced by Endemol will take the place of Love Ne Mila Di Jodi, which will be ending on February 26th. The other show waiting in the wings is Yash Patnaik's love story which was earlier titled Paheli. The show has got its final title now in Odhni Rang Badalti Jaaye.

As reported earlier by Telly Buzz, Yashshree Masurkar who was seen in Zee Marathi's Lakshman Resha will play the female lead. The latest is that one of the faces of Love Ne Mila Di Jodi, Karan Tacker will in all possibility be finalized as the male lead.

According to our source, "Auditions were on for a long time to find the main guy. The channel and production house have few options under their belt, but Karan Tacker has almost been finalized for the role".

When contacted, Karan Tacker told us, "Yes, talks are on. But no decision has been taken yet. If I get to know anything, I will surely let you know".

We tried calling Producer Yash Patnaik, but he remained unavailable.

As reported earlier, Swapna Waghmare Joshi will be turning Producer with this show. And the very popular composing trio Shankar-Ehsaan-Loy will be scoring the title music for the love story.

The shows which will in all probability survive the revamp on Star One are Miley Jab Hum Tum and Jaane Pehchane Se Yeh Ajnabee.

10 years ago Karan u was amazinggg as Shantanu in RBO..as Sameer u aslo nyc bt as Shaan u was fabulous.miss u as Shantanu.

11 years ago hey karan is doing awesome as shaan..hats off to u yaar...

11 years ago I love rbo...keep rocking. Yashashri and Karan.

+ 3
11 years ago Karan you're doing amazing as Shaan keep it up!! Never loved a character so much!!

11 years ago No one can do Shaan as well as KT ! Keep rocking the show Karan !

11 years ago karan u did great as shaan...loved ur acting n various expressions through out RBO...