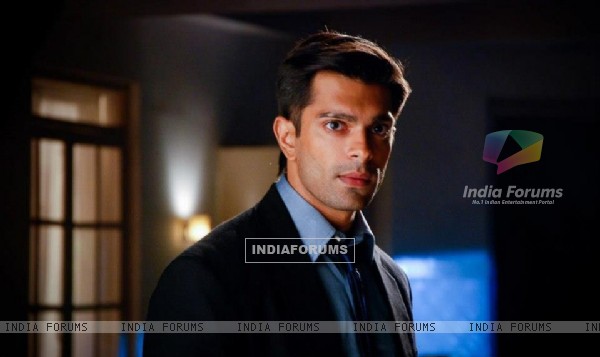 While everyone is suddenly talking about Karan Singh Grover being replaced in Zee TV's Qubool Hai due to unprofessional behavior, the actor himself is not in town to refute the allegations. He is supposedly on a mini-vacation with his wife Jennifer Winget Grover but as per a reliable source close to the actor he has bagged a film and working on the same, "Karan was keen on getting into films and has done minor roles in couple of films but now that he has signed a major film he wants to fully concentrate on it."
It is a working vacation for the actor maintains our source, "Karan is out of town but not on vacation. He is in fact working on the film that he has in his kitty. He has not started shooting for the same as yet but has gone out of town for work related to the film itself."
There have been news reports about Karan Singh Grover leaving Qubool Hai for the past couple of months now. A news that Karan had himself always denied and had maintained that he would not leave the show which is so close to his heart.
However, it was all decided says our source, "While everyone is talking about it today, we were not shocked at all since we knew about this for some days in advance. In fact, Qubool Hai was launched last year in October and Karan's contract for a year had got over. Karan had always maintained that he would be doing the show only for a year and thus all that news about him leaving were doing the rounds. Thus you can say it was a mutual decision and we really don't know why such a big hue and cry is being made about it now!"
But is it not true that Karan has had a drinking problem and was unprofessional on the sets? "That is partially true. Karan used to report late on the sets thus creating a lot of problems due which the shooting was delayed and cancelled to on certain occasions. And while he was majorly in drinking but he never reported drunk on the sets as has been said. He used to drink after his shoot and working hours and what anyone does after pack-up is nobody's business," says the source.
With Karan Singh Grover all set to pursue his Bollywood ambitions the channel is on the look-out for a proper replacement and till then the onus is on the other actors of Qubool Hai like Surbhi Jyoti and Mohit Sehgal to keep the audience engaged in the show.
Seema Khot Mattoo
145 Likes

lovesurbhi 6 years ago Good Luck in your endeavours Karan.
I love you Surbhi Jyoti, I will continue to support Surbhi Jyoti.
Keep rocking and smiling

burnice 6 years ago qubool hai is goin 2 b worse without d main lead n heart, that is karan singh

cherryfrasier 6 years ago Good Luck in your endeavours Karan. We love you Surbhi Jyoti, we will continue to support Surbhi Jyoti and the QH team.

beekay1 6 years ago Surbhi Jyoti, you are doing an amazing job. Its great to see you shoulder the success of QuboolHai on your shoulders. Surbhi Jyoti keep it up

nikki.171 6 years ago Love Surbhi Jyoti and Mohit Sehgal. Wish the best to KSG as well.